Posted by Nikki on October 21, 2020 in: Amsterdam Dance Event , Festivals 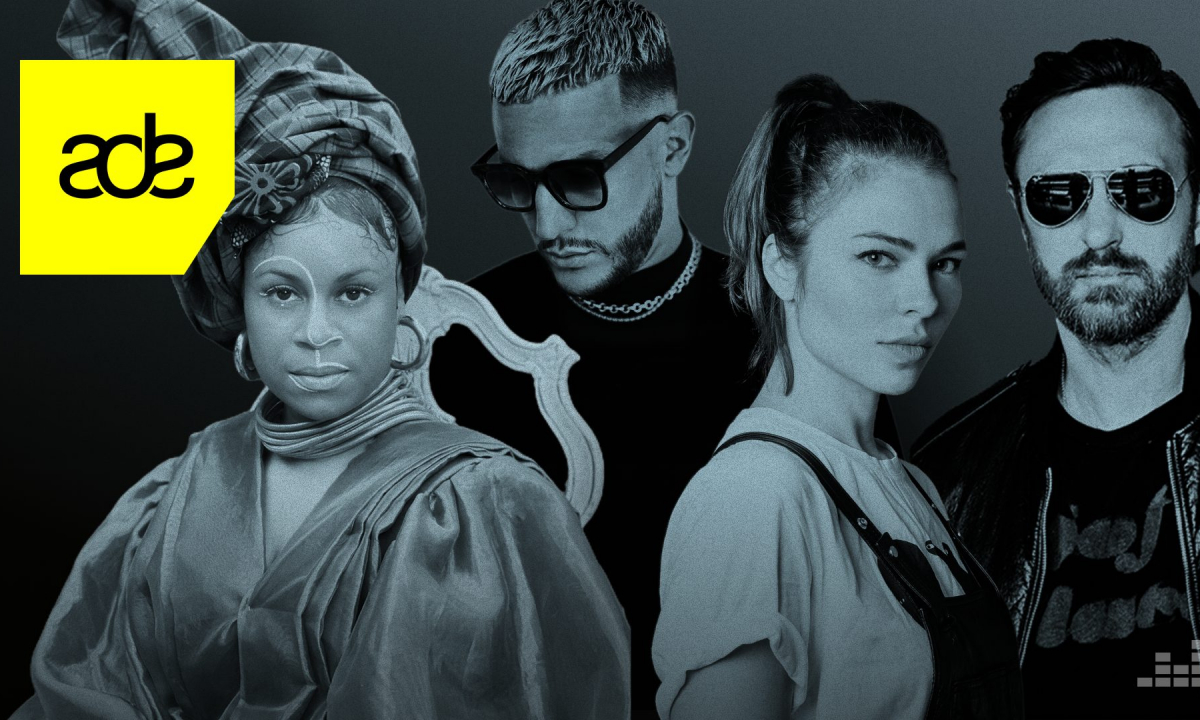 Amsterdam Dance Event (ADE) the annual conference and festival is returning on Wednesday, 21st October.  Dance fans will be able to watch all music content including DJ streams or listen to the Sound of ADE via a live video  stream powered by Deezer starting at 11 am CET.

Being cooped up at home is hard enough. But for the dance community, there’s no question about it, we thrive on the dance floor. But don’t put away your club gear just yet. Global music streaming service Deezer is ready to add some spark back to club culture with an exclusive partnership with Amsterdam Dance Event (ADE).

In the first ever all-digital event, ADE participants will have access to a large  number of performances, speaking sessions and masterclasses. Dance fans will also be invited to check out the official ADE channel on Deezer. Here they can listen to 40 of the most exciting DJs from around the world, ranging from mainstream dance to underground techno. We’ve asked each artist to curate a 20 track playlist that defines the sound of 2020.

“ADE is one of my favorite times of the year. It’s an opportunity to shine the light on so many hard-working DJs and rally the dance community, who contribute so much to this industry. At Deezer, we’ve always made it our mission to champion DJs and the dance scene. First, we started with our artist fair payment with our exclusive DJ Mixes. Now we’re supporting DJs with our gender balanced ADE channel featuring the best talent from around the world,” said Nigel Harding, VP Artist Marketing, Deezer.

“We’ve been partnering with Deezer for three years now and this year is unique given the circumstances. We are once again proud and honored to announce that Deezer powers the Sound of ADE. ADE offers a free-to-access, immersive virtual experience during ADE 2020 this October and in this digital-first edition, our partnership makes it possible to support the music industry and enthusiasts. We look forward to this special online edition and future collaborations,” said Meindert Kennis, co-Director of ADE.

Check out our exclusive ADE channel here as well as the official ADE events page to livestream your favorite session.

About Deezer
Deezer connects 16 million monthly active users around the world to 56 million tracks. Available in over 180 countries worldwide, Deezer gives instant access to one of the largest and most diverse global music streaming catalogs. Deezer is the only music streaming service with Flow, the unique mix of all your old favorites and new recommendations in one ever-changing stream. Based on an intuitive, proprietary algorithm and created by people who love music, it’s the only place to hear all your music back-to-back with fresh discoveries tailored to you.

Deezer is a privately held company, headquartered in Paris with offices in São Paulo, Berlin, London, Miami, Dubai and around the world. Deezer is available as a free download for iPhone, iPad, Android and Windows devices or on the web at deezer.com. For the latest news on Deezer go to Deezer.com/company/press

About ADE
The Amsterdam Dance Event (ADE), an initiative of Buma, has grown into the world’s largest and most influential club-based festival and conference for electronic music. The event continues to grow and develop each year, with last year’s edition featuring over 2,500 artists and 600 speakers in almost 200 venues. The five-day event attracts visitors from over 146 countries and features every conceivable aspect of electronic music culture, with dedicated conference programming, an extensive arts & culture program, live music and DJ/artist performances, all spread across the city of Amsterdam. More information about ADE can be found here.