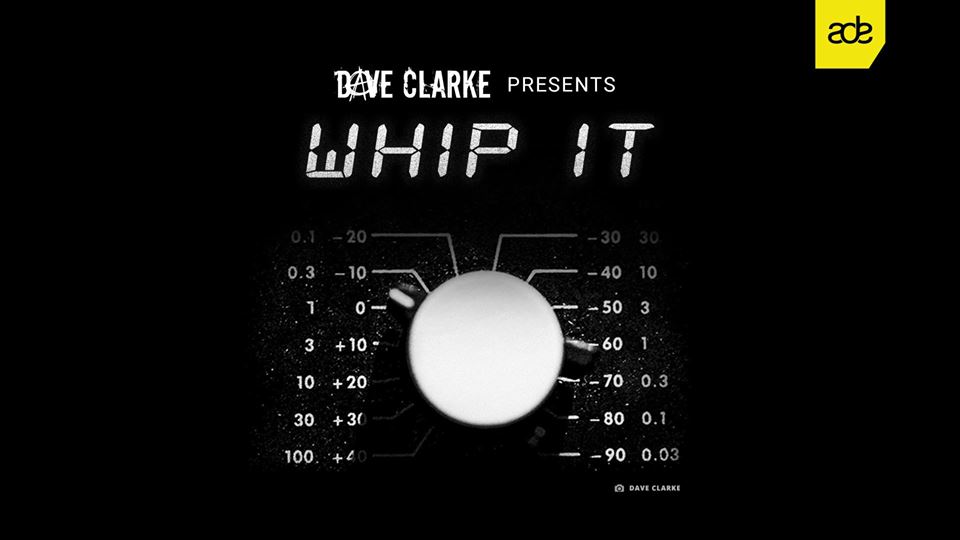 Fans of whipping electro music have ample reason to get excited: Dave Clarke’s electro club night ‘Whip It’ returns to Melkweg during the second night of Amsterdam Dance Event. Tickets are on sale now! 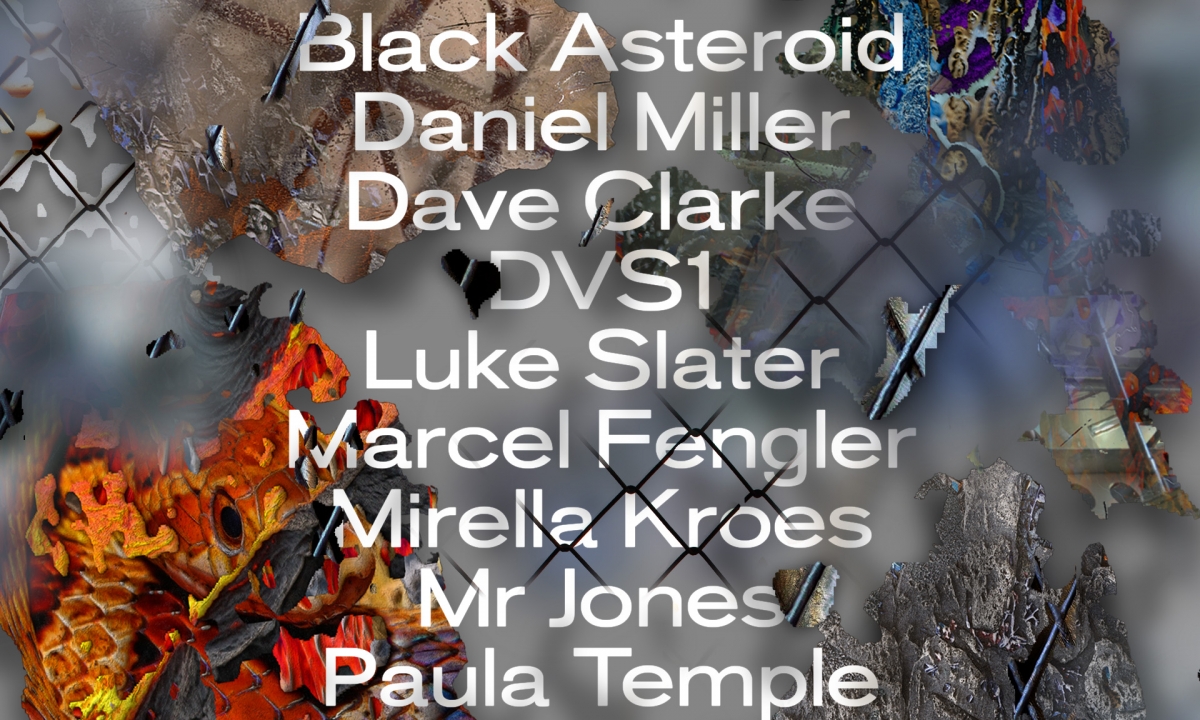 Many know Dave Clarke as the Baron of Techno, he also has a long history streching back 30 years with Electro with the popular ‘Whip It’ night being one of his most recent endeavors, so watch out for that ADE line up announcement.

A lot of familiar faces and returning artists for this intense edition of Dave Clarke Presents. DVS1 will bring his hypnotizing groove to the Melkweg dancefloor for the first time in six years. The diverse UK sound is represented by Luke Slater, one of Britain’s true electronic music pioneers and the relentless industrial style of Paula Temple makes a welcome first appearance to his event. Then there’s the long awaited return of Terence Fixmer with a live performance of his unique brand of ‘Techno Body Music’. Also returning from France is Anetha, the then upcoming Parisian DJ played an immense set last year and is now rightfully established in the scene.

Then there’s some more splendid comebacks. Crowd favourite and Berlin legend Marcel Fengler, Daniel Miller founder of the famous British Mute Records and Black Asteroid, the man who has started his career as a sound designer for Prince. The line-up is completed by Dutch techno veteran Mirella Kroes and Clarke’s studio buddy Mr. Jones.

Artwork by Arthur Boer & Boris Smeenk. All visuals were created by combining photographic elements of nature and industry through their blending-algorithm.

Posted by: Nikki in: Dave Clarke 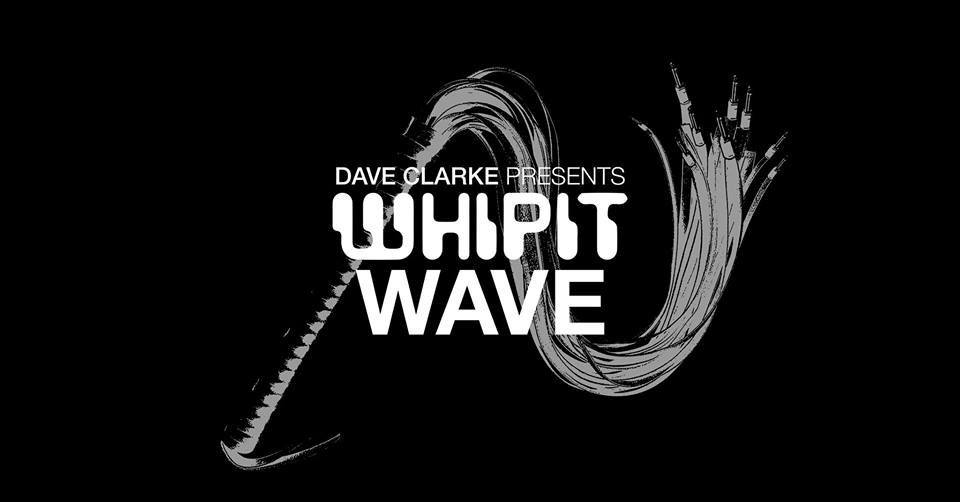 Dave Clarke returns to Melkweg for a special edition of his electro night. Whip It WAVE brings icy live performances and punk electronics to the intimate Upstairs. 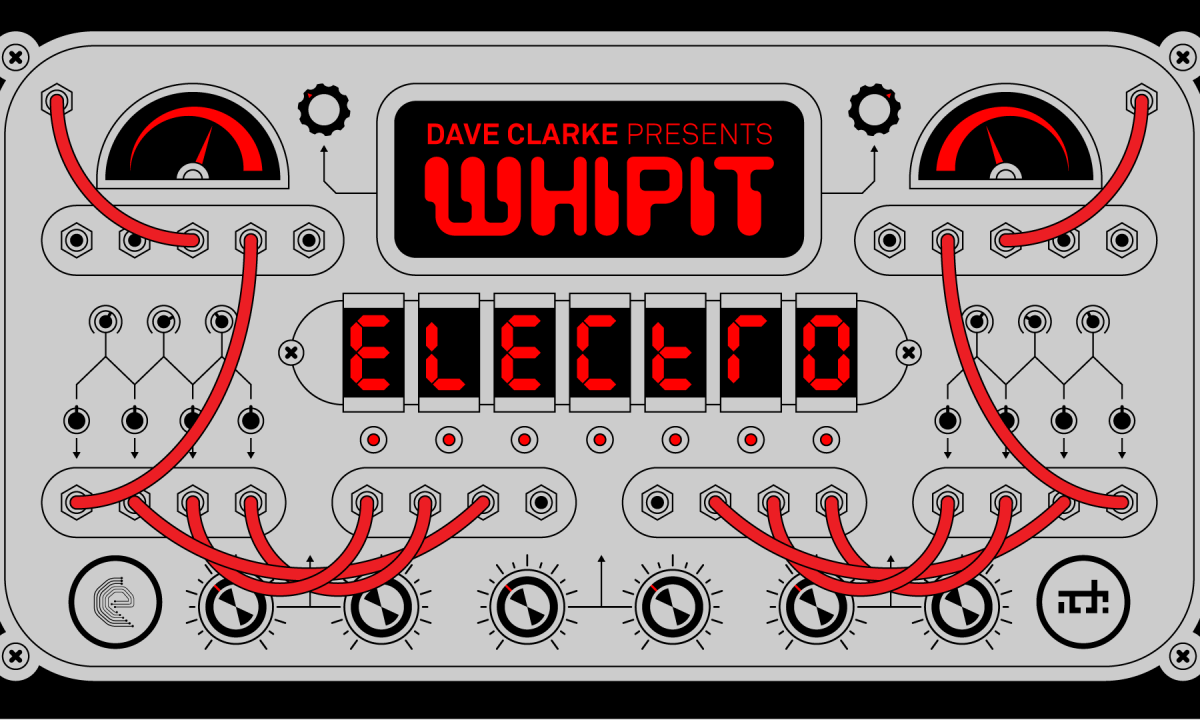 His moniker may be ‘The Baron of Techno’, but we can also permanently add ‘King of Electro’ to Dave Clarke’s titles for his 30 year plus passion and support to the genre. This year ADE will see the fitfh edition of his electro-centric party ‘Whip It’ at Melkweg Amsterdam on 20 October. On the line up we will see the likes of Umwelt, Ultradyne, DeFeKt, Sync 24, Jensen Interceptor, Brutuzz and Alienata who will be performing back to back with Dave Clarke himself. Tickets are available through Ticketmaster.


Directly after ‘Dave Clarke Presents’ on the night of Friday 19 October – the multiple room techno event which features Sam Paganini, Rebekah and many others – the party morphs into a day time electro rave in Melkweg’s OZ room. The third ADE edition of Dave Clarke Presents: Whip It starts at 07:00 and doesn’t stop banging out fierce electro until 17:00. Adding up to a total of 19 hours of party.

This Whip It sees the first ever back to back of Dave Clarke and Alienata. The Spanish-born, Berlin-based Alienata is a self-described sound obsessive, whose sets span obscure and gritty electro and techno, but the influence of idm, ebm, wave and crazy sounds in general are never far away. Which makes her the perfect fit for a b2b with Dave at Whip It.

Probably one of the most eye-catching names on the billing would be Umwelt. The Frenchmen is active since the first underground parties and raves took place and he is known for his fierce, raw and analogue sound. The mysterious Ultradyne has let the music do the talking for them and are rarely unmasked, which has not done them any harm in the development of a strong cult following around the world. Expect something special from their live performance at Whip It. The second live act is DeFeKT, he has been a tireless advocate of true electro and techno, steadily honing his hardware based sound. He has also established an impressive collaboration with fellow Dublin-based producer and dj, Sunil Sharpe, under the name of Tinfoil.

Another stalwart from the electro scene on the lineup is Sync 24. He seems particularly fond of collaborations, so you’ll find much of his best work in projects with fellow electro diehards and label mates like The Exaltics and Morphology. Then there’s Jensen Interceptor, the Australian artist came up in the scene at top speed supporting the likes of Sven Väth, The Hacker and Boys Noize. With his selection ranging from Detroit Electro & Miami Bass to rolling Italo, thunderous 90’s Breaks and driving EBM, Jensen’s audiences are promised a sonic journey like no other. Completing this ADE edition is Whip It and Spacelab resident DJ Brutuzz. This is a true Electro event that is unashamedly underground and provides credibility in abundance from artists that have held the flag aloft with pride throughout the years.”

This is the ticketlink. Normal presale tickets are €18 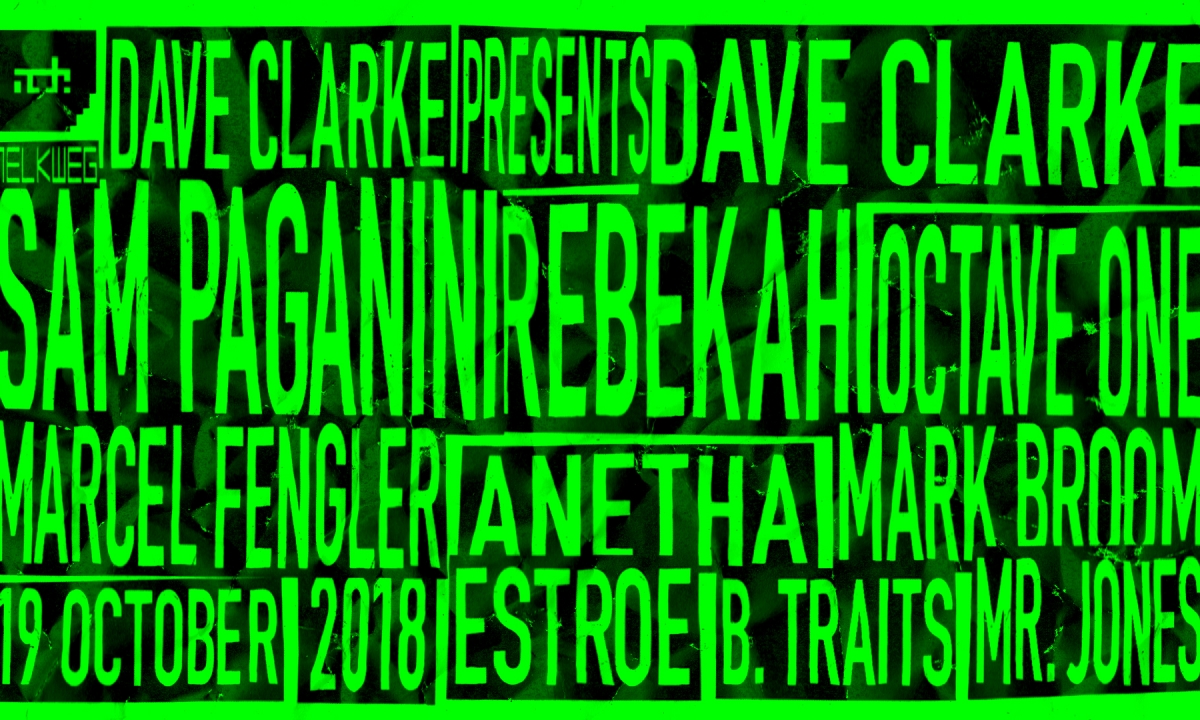 Dave Clarke Presents returns at ADE 2018 for its 14th edition, with a some of the biggest names currently in techno. On the line up we will see the likes of Sam Paganini, Rebekah, a live performance by Octave One, Marcel Fengler, Mark Broom, Anetha, B.Traits, Dutch techno veteran Estroe and Mr. Jones. They will all play Clarke’s multiple room club event at Melkweg on ADE Friday, October 19th.

The ticket sale starts at May 30th at 10 a.m. and tickets can be bought via Ticketmaster.


Many know Dave Clarke as the Baron of Techno, but with his ever expanding encyclopedia on everything dance related, he is also the Lord of Electro, with his popular ‘Whip It’ night being one of his most recent endeavors. Whip It proved just how irresistible the electro genre can be, so watch out for that ADE line up announcement.

Headlining this edition of Dave Clarke Presents is Sam Paganini, who built his name in the underground circuit and will be bringing his powerful grooves to the Melkweg dancefloor. Then there’s the return of the infamous techno queen Rebekah. Known for her dark and relentless style she brings havoc all around the globe with faster and harder sounds. Fans of the Detroit techno sound will be happy to see the return of Octave One, who will once again bring their amazing set of hardware to the Melkweg for another high energy performance. Also returning artist is crowd favorite and Berlin legend Marcel Fengler. Notorious for his dynamic marathon sets it’s obvious he really knows his craft. Then there’s the British techno veteran Mark Broom. Mark has had a string of high-class releases over the last 12 months and collaborated with artists like Gary Back and James Ruskin.

Anetha (whom Dave was very impressed with at a recent Amsterdam Boiler Room set) and B.Traits (whom Dave considers to be an important techno ambassador on BBC Radio 1) will make their debut at Clarke’s legendary night. Both are inspired by the new wave of electronic music. Anetha is a prominent figure in the Paris underground scene and B.Traits is known for showcasing the best of dark house and techno on her label In Toto and BBC radio show. The line-up is completed by Dutch techno veteran Estroe and Clarke’s studio buddy Mr. Jones.