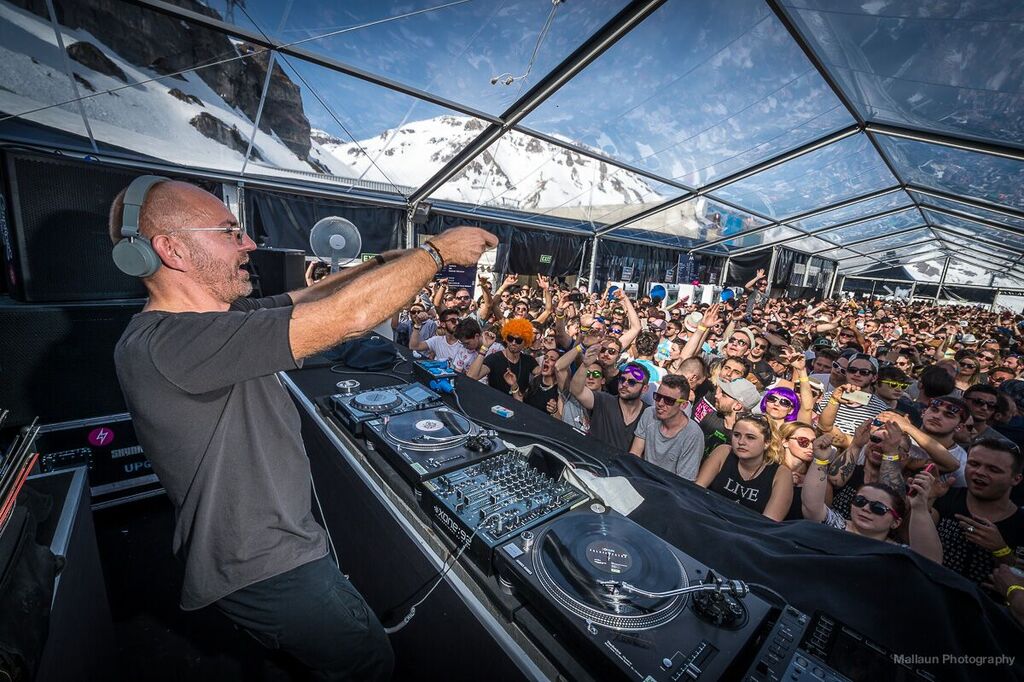 The countdown to Caprices Festival has begun with only 3 weeks until Crans-Montana will be transformed into an unmissable destination in the world of electronic music from 7th to 10th April.

Caprices is a four-day festival that takes place on three different stages positioned on both the top and bottom of the slopes. This is set to be a tremendous electronic line up against the backdrop of a strikingly beautiful Alpine setting that promises to be a unique experience.

Bringing together big names and innovative, high-profile artists, Caprices will whip up the crowds at the Valais ski station for four days and nights.

1.MOON Room
The Moon Room, set up at the bottom of the slopes especially for the festival, is once again destined to be the meeting place for every clubber intending to dance the night away. Artists performing on the Moon stage include: Nina Kraviz, Magda, KiNK, DJ Tennis, Kūn, Tale of Us, Âme, Rødhåd, Recondite, Mind Against, Michel Cleis, Adolpho & Franky, Nicolas Duvoisin and Alci.

2.MDNRTY Stage
Ascend to 2208-m altitude to the Violettes cable car departure station in the Barzettes car park and dance to some of the world leading techno dj’s on the on the MDRNTY stage. Together with the festival’s other star attraction, the breath-taking views over the Alpine mountain range that stretches from Cervin to Mont Blanc, Caprices offers clubbers a mind-blowing experience combining visual and sound sensations in one unique setting.

3.OFF Parties
Following the success of ‘Off’ festival parties in previous years, Caprices has since expanded. Although still stationed in the main street of Crans-Montana, this third stage will host an eclectic programme that pays tribute to Swiss culture. There will be an array of activities and food stalls open to a broad audience of all ages.

4.Apres Ski
As with all Ski resorts there are plenty of Apes Ski activities. Relax in the Spa au Valaisia with its Valaisia saline pool 33 °, Turkish bath, sauna and samarium, enjoy Alpine cheeses, meats of the country and seasonal dishes in friendly traditional surroundings at Le Mayen or visit David L’instant Chocolat to sample some the best Chocolate, David was the Best Swiss chocolate maker in 2013 and among the 10 best in the World.

5.Freestyle Event
Now inevitable for all freestylers in the region and beyond, Crans-Montana PARKS organizes for the third time a freestyle event in the spring glory. What’s better than snow, almost summer temperatures, a festive atmosphere, a snow park built to perfection and many enthusiasts to have fun and try and enjoy new faces on the field of Crans-Montana?

About Caprices Festival:
Initiated in 2003, the first edition of Caprices Festival came in 2004 with the idea to bring people and artists together in a dreamlike location in the Swiss Alps: Crans-Montana ski station. With artists like Björk, Portishead, Gorillaz performing next to the ski slopes, Caprices Festival quickly became a tremendous event that draw people from all over the world. In 2009, Caprices carefully conceived the first electronic event on the Swiss Alps slopes. Named Modernity@Caprices, this event instantly became a huge success among avant-garde electronic dance community and reached a broader crowd shortly after. Shifting from a mainstream multi-type of music programming to a cutting-edge electronic exclusive cast last year, Caprices Festival made a bold move showing its strong dedication to the community. The artistic and commercial successes of the 12th edition of Caprices Festival have pushed the 4-day event to the top-of-pile. This year, on April 7th through April 10th, with a brand new key visual, a truly outstanding electronic lineup, an operational excellence, a creative mindset and one of the finest mountain line of the Alps, Caprices Festival is set to be an unmissable party.