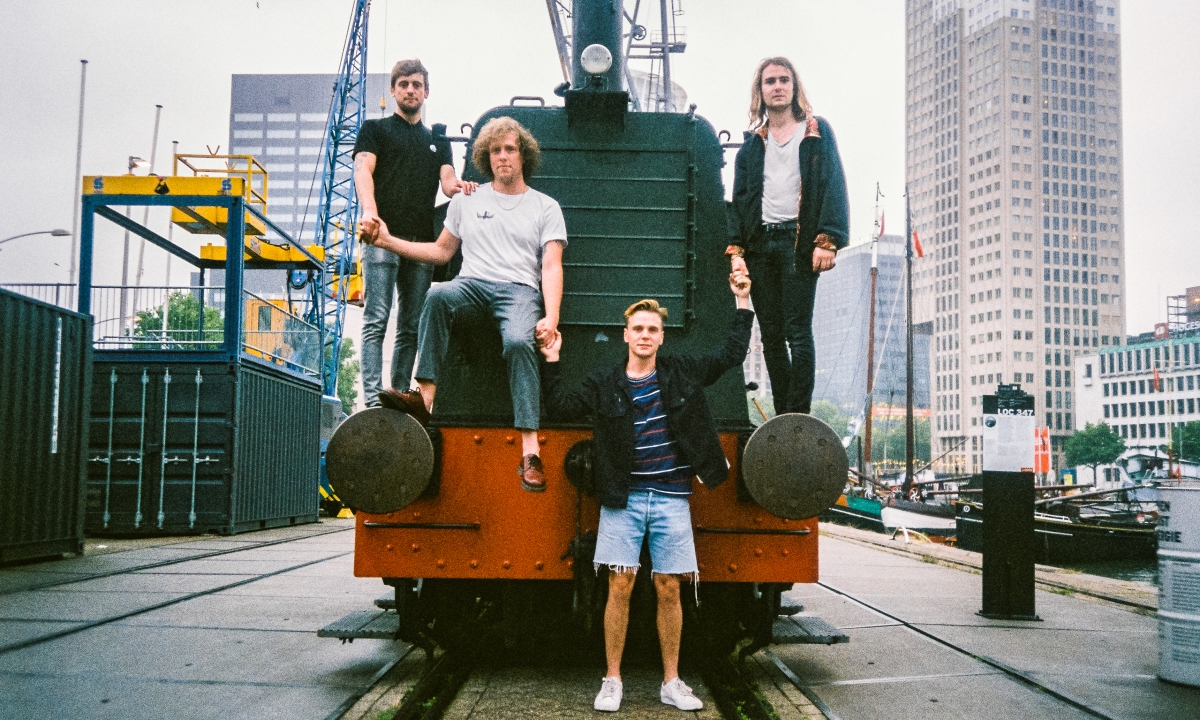 The Dutch Impact showcase will once again return to c/o pop Festival in Cologne to highlight the best new and emerging acts from The Lowlands. Taking place on Friday 31st August 2018 at Stadtgarten Café the Dutch Impact Party will present performances from Dakota, Iguana Death Cult and The Homesick.

Having already built solid foundations in their home country these acts represent a variety of genres from alternative noise rock and acid-drenched psychedelics to dreamy indie pop, these acts are ones to keep on your radar in 2018.

The Homesick “there is a thrilling originality here and a keen sense of psych melody in their sound added to the sprightly energy of the band whose tight, economical and yet enthralling playing adds to the songs.” Louder Than War

Iguana Death Cult “The foursome’s high-octane protopunk and acid-drenched psychedelics create havoc not unlike a ferocious horde of bees.” The Brighton Magazine

Brought to you by Dutch Music Export, powered by Eurosonic Noorderslag, Dutch Performing Arts and Buma Cultuur. With the kind support by the Embassy of the Kingdom of the Netherlands.

Dakota
​With EP ‘Leda’ and debut single ‘Icon’, which received critical acclaim from the likes of Noisey and Nylon, Dakota made the dream of introducing the world to their music a reality. The Amsterdam based band seamlessly blend California feels with garage rock and pop – their dreamy and hazy sound lulls and soothes, makes you close your eyes and drift away, before taking a swing at you and whacking you on the head with raving guitar riffs and pounding rhythms. Dakota’s next release, 7” ‘Silver Tongue/Wanderlust’, landed favourable reviews from The Line of Best Fit and leading Dutch media, and got airplay on BBC Radio 1. ‘Silver Tongue’ is about dealing with that person in your life who tries to knock you down at every opportunity – it’s an ode to keeping your head high and your eye on the prize. That’s exactly what Lisa Brammer (vocals), Lana Kooper (bass), Jasmine van der Waals (guitar) and Annemarie van den Born (drums) plan to do in 2018, as they write and record their debut album, planned for release early next year.

out their own route, one that has been full of wild parties, including their own festivals, and crowdsurfing kids. The foursome’s high-octane protopunk and acid-drenched psychedelics create havoc not unlike a ferocious horde of bees. They cemented their live reputation with debut album The First Stirrings Of Hideous Insect Life and now they are back, bigger, bolder and rougher than ever.

The Homesick
Dokkum, the home of, and probably the inspiration for The Homesick, whose sound plays on pop music. Not the kind with slick beats and audacious vocal effects, but rather the kind that is closer to The Beatles, that was created as an escape from reality and provides an antidote to boredom. The three lads from the North of The Netherlands make some pulsating noise pop that gets firmly stuck in the mind and on the dancefloor. Make no mistake, the teens run one of the best live bands around.