Posted by Nikki on January 20, 2020 in: Eurosonic Noorderslag , Festivals 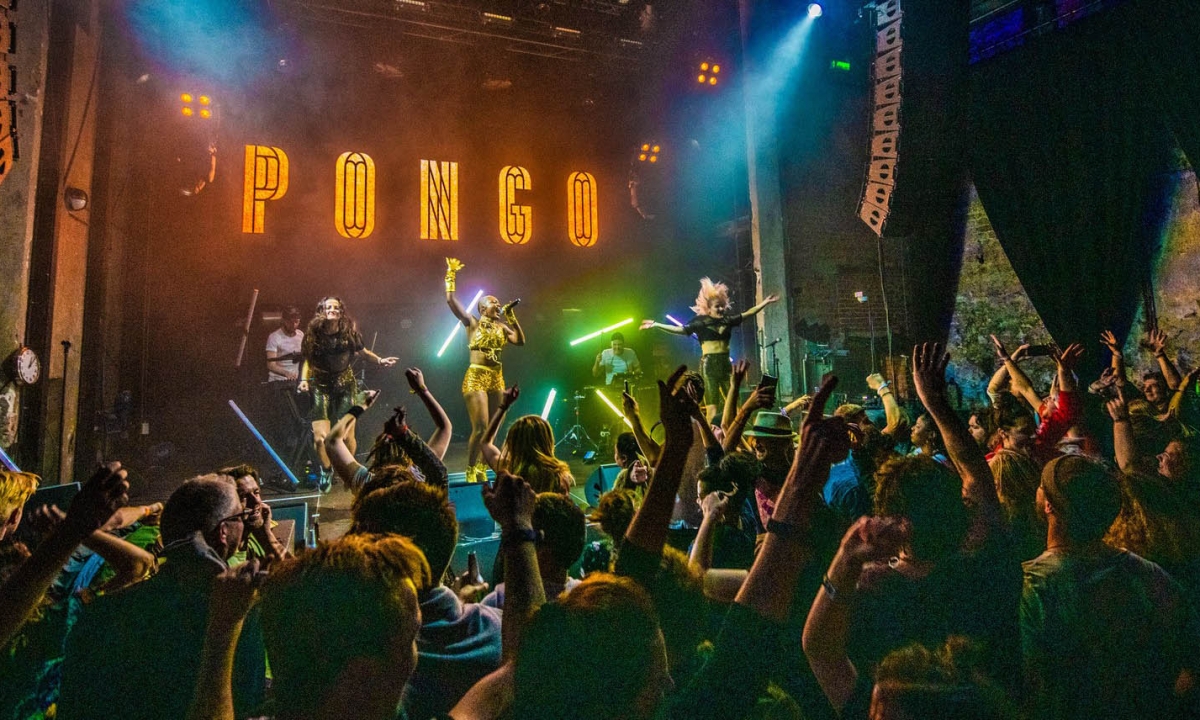 The 34th edition of ESNS (Eurosonic Noorderslag) was wrapped up on Saturday night in Groningen’s De Oosterpoort with the Noorderslag festival. ESNS looks back on another successful festival and conference, with a musical line-up of leading European artists and a cutting-edge programme of keynotes and panel discussions.

The event was kickstarted on Tuesday with Popgala Noord, the award ceremony for the music industry in the Northern Netherlands, and ended with the reveal of the Popprijs (Pop Award) winner at Noorderslag on Saturday. In total, over 42.000 people attended this year’s edition, during which 347 acts from 33 countries presented themselves to the public. This year’s focus country Switzerland contributed with 22 acts in the line-up, among which Black Sea Dahu, Emilie Zoé, Muthoni Drummer Queen and L’Eclair. The conference was visited by 4,323 music professionals from 52 countries who discussed the latest developments in the music industry.

Conference
The ESNS conference hosted speakers like Mark Mulligan (MIDiA Research), Richard Wernicke (Deezer), Barry, Lucy and Jonathan Dickins (ITB, WME and September Management), Anna Sjolund (Lollapalooza Stockholm), John Giddings (Solo Agency) and Beckie Sudgen (XRay Touring). Also, ESNS has paid specific attention to the music industry beyond European borders: with speakers like Dan Koplowitz (Friendly Fire Licensing), Kevin Cole (KEXP) and Glenn Peoples (Billboard), opening the floor to insights from across the pond. By doing so, ESNS has been able to offer a varied programme with a finger on the pulse of the European market. This year, the impressive and brand new Forum Groningen was added as an inspiring new location for the ESNS conference.

Popprijs
The Popprijs (Pop Award) for 2019 was awarded to Floor Jansen during Noorderslag in De Oosterpoort. Jansen has known success with Finnish symphonic metal band Nightwish, but won the love of a wider audience with her contribution to television show De Beste Zangers. The judges reward Jansen for being ‘a unifying force, surpassing the subculture’. Since 1986, the Popprijs is presented annually to a Dutch artist or band who has made a significant contribution to Dutch pop music.

Pop Media Prijs, Pop Stipendium and IJzeren Podiumdieren
Beside the Popprijs, Noorderslag also featured three more award ceremonies. Radio dj Rob Stenders (NPO Radio 2) was awarded the Pop Media Prijs, the award for a significant contribution to pop journalism. The Pop Stipendium, a €10.000 grant from the Prins Bernhard Cultural Fund, went to singer-songwriter Judy Blank. The IJzeren Podiumdieren, the awards for professionals in the live pop sector, went to (among others) Rotown and the Roadburn festival.

New partnerships
ESNS celebrates multiple new partnerships this year. Groningen-based jenever producer Hooghoudt has become a prominent partner, with its own stage and official afterparties. With Merch.Music, ESNS collaborated on a new line of sustainable and high-quality merch. A new app, made possible by Appmiral, allowed for efficient communication with attendees. Lastly, the partnership with Playpass allowed for reliable cashless payment with wristbands and passes.

About ESNS
ESNS (Eurosonic Noorderslag) is the key exchange for emerging European music talent, with a proven track record of helping to break new acts on the international music scene. ESNS stages more than 350 showcases alongside offering a full conference programme of around 150 panels and keynotes, alongside multiple networking opportunities and award ceremonies. The event attracts more than 4,000 conference delegates from all sections of the entertainment industry, including representatives of over 400 festivals. This year’s focus country was Switzerland.