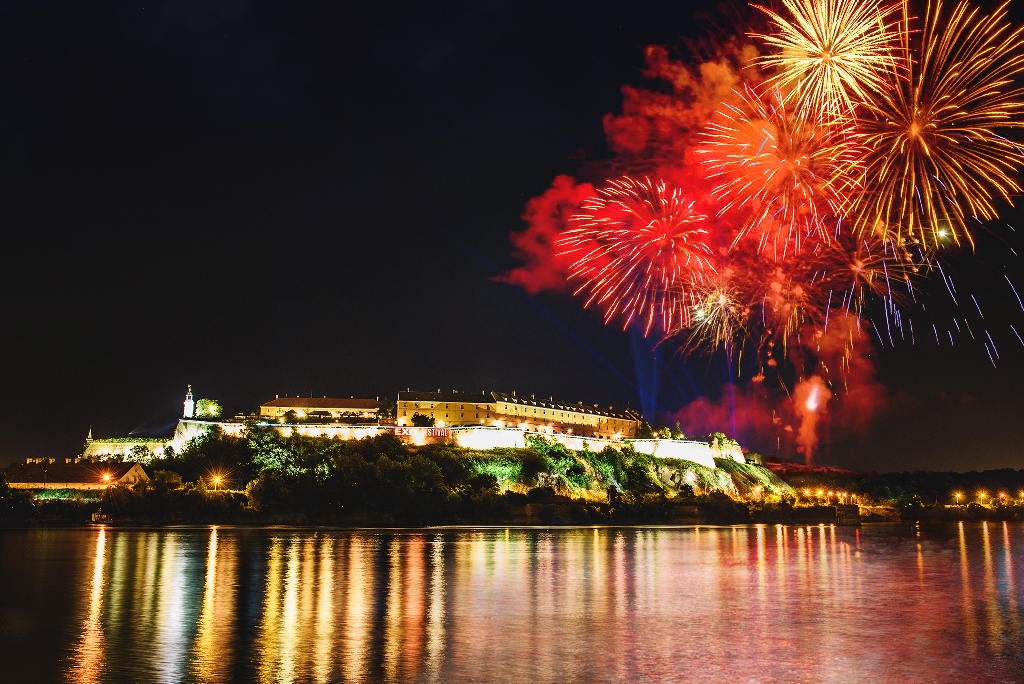 EXIT Festival organisers remain optimistic about their 20th anniversary edition and would like to reassure fans who have contacted them in the wake of the cancellation of the Glastonbury Festival. Dates for this years event are set for 8th-11th July at the iconic Petrovaradin Fortress with world stars such as David Guetta, DJ Snake, Tyga, Eric Prydz b2b Four Tet, Paul Kalkbrenner, Nina Kraviz, Solomon, Boris Brejcha, Metronomy, Honey Dijon and many others who will be announced soon.

“We are very optimistic about the possibility of celebrating Exit’s jubilee in 2021. Given what we have all been through in the past year, the euphoria at this year’s festival can only be compared to the explosion of positive energy at the first international Exit in 2001, which occurred after a decade of isolation and conflict in the Balkans during the 1990s. of the last century. It was this release of huge repressed energy 20 years ago that led to the creation of the legend of Exit as a festival with the most exciting atmosphere where performers have some of the best performances in their careers.  The safety of all our visitors, artists and staff is of course a priority, and last years Life Stream project gave us a vital opportunity to prove it is possible to host a Covid secure event with health and safety measures at the highest level”  – said Dušan Kovačević, founder of EXIT festival.

Reasons for optimism are taken from the excellent speed of vaccination that Serbia has achieved, being the third in Europe and the seventh in the world in terms of the level of vaccinated population. This means that over 1 million people or about 15% of the total population will be vaccinated every month.  Also according to previous research and the opinion of health experts at least 40% of people in Serbia already have Covid antibodies, although it is believed that this percentage is much higher. It is also expected that because of the high rate of mass vaccination, minimization of the virus activity will be achieved in the spring, bringing back the normalization of life and the relaxation of restrictive measures.

Last year, EXIT festival was one of the few festival events to have a live audience with its Life Stream project.  A special challenge was the organization of the event itself, but even on such a demanding task, incomparable to anything so far, EXIT showed how a completely safe event could be organized even during a pandemic with the correct measures in place. This event was realized in cooperation with the UN World Food Program, the largest humanitarian organization in the world and the current winner of the Nobel Peace Prize, and it marked the 20th anniversary of the festival, whose central celebration will take place from 8 to 11 July 2021 at Petrovaradin Fortress in Novi Sad, Serbia.

EXIT Festival was established in 2000 in University Park as a student movement for the fight for peace and freedom, both in Serbia and in the Balkans. Over the past 20 years, it has grown into one of the most eminent music festivals in the world, bringing to Novi Sad, its venue, as many as two Best European Festival titles won for 2013 and 2017. The Festival is organized at one of the largest medieval fortresses in Europe. Social responsibility remains one of the key aspects of the Festival through the work of the EXIT Foundation, whose social activism is focused on youth development and peace promotion, creative industries, environmental protection and destination branding.