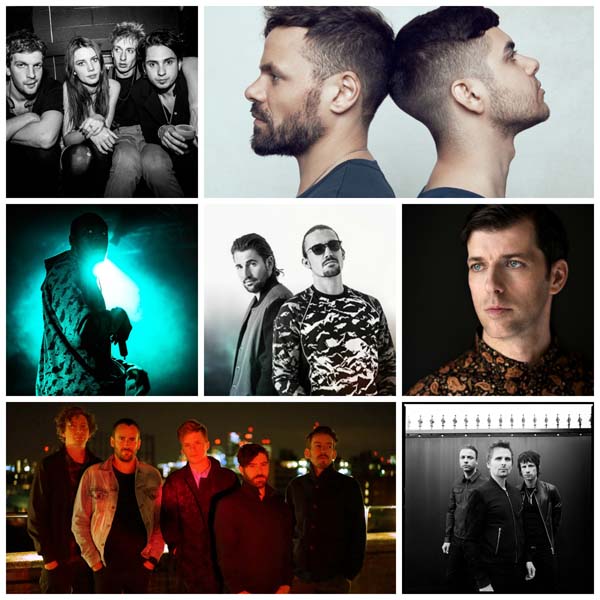 This #festivalfriday is all about #awardwinningartists. Check out our guide to where to see the best award winning dj’s and bands this summer.

Love music and festivals? Want to see the biggest, best and award winning artists? Why not get the best of both worlds and combine a festival experience with seeing your favourite artist.  Take an extended trip and get your fix of music and sunshine to see your favourite artist in a magical location in the mountains, in a fortress, on an island or on a beach. Here’s our guide to where to see the best award winning artists this summer…

Skepta recently won the ‘best song’ award at the MOBO awards for his single ‘Shutdown’ which was a top 40 hit  in 2015. A veteran of the U.K. grime scene, MC, producer, and record label owner Skepta was influential in its shift from the underground to the pop charts. He is sure to bring his trademark sounds to the slopes of Mayrhofen and has a new album in the pipeline for 2016.

Taking place in the charming alpine town of Mayrhofen, Austria. Snowbombing has carved out a reputation as the No.1 festival on snow. A world-class line-up, warm spring rays, 5* spas, and pure powdery perfection make snowbombing the ultimate winter sports festival experience. With live acts The Prodigy, Jungle, Bastille, Skepta and Slaves mixing with electronic music’s finest including Fatboy Slim, Sven Väth, Jamie Jones, Netsky and Oliver Heldens to name just a few, it’s set to be one of the most exciting editions to date.

Tale of Us at Caprices
7-10 April 2016
Crans Montana, Switzerland
caprices.ch

Tale Of Us is the new unique Berlin based sound scape project of Karm & Matteo Milleri, who took the number 1 spot in the Mixmag Top 10 DJs list of 2015.  See them at Caprices with their game changing sound with for deeply moving, emotional electronic music.

Launched in 2003, the concept of Caprices Festival was to bring people and artists together in a dreamlike location in the Swiss Alps: Crans-Montana ski station. Now in it’s 13th year, the festival has gained a reputation for outstanding electronic lineups, an operational excellence, a creative mindset and one of the finest mountain line of the Alps.  With a line up of the biggest names in techno including Ricardo Villalobos, Nina Kraviz, Maceo Plex and Jamie Jones, Caprices is set to be an unmissable party.

Set against the breath-taking backdrop of the Kobetamendi Hill in culture-rich Bilbao, Bilbao BBK Live welcomes 40,000 revellers to enjoy an unparalleled musical lineup combining the biggest names with fresh talent. Joining the lineup for 1 of only 2 European shows are Canada’s Arcade Fire as well as alt-rock legends Pixies, Tame Impala, M83, Hot Chip, Father John Misty and Courtney Barnett for a festival that promises to be one of their best and biggest yet!

Dimitri Vegas & Like Mike  topped this year’s DJ Magazine Top 100 and will be bringing their unique blend of  Smashin’ House to the legendary Dance Arena.  In 2010, when brothers Dimitri and Michael Thivaios were first selected to pen the Tomorrowland anthem, world domination slowly but surely followed, for both the brothers and the festival.   Other award winning acts playing at EXIT are Stormzy, who took home 2 awards at the recent MOBO awards winning the title for ‘Best Grime Act’ and ‘Best Male Act’ and Robin Schulz who won a European Border Breaker Award.

Started as a student protest fighting for political change and freedom, EXIT continues to spread positive vibes in the Petrovaradin Fortress in Novi Sad.  With a host of different stages connected by cobbled streets, ramparts and tunnels, EXIT welcomes you to enjoy artists from a diverse mix of musical genres. Just a short ride away from the Serbian capital Belgrade, this beautiful medieval fortress provides the perfect backdrop to enjoy the likes of hip hop hero Wiz Khalifa, pop superstar Ellie Goulding, much loved indie rockers Bastille as well as some of the biggest names  in the electronic music such as Solomun, Nicky Romero & James Zabiela.  EXIT. Where hedonism meets activism.

Wolf Alice have been gaining recognition for their live performances and after being nominated for ‘Best Rock Performance’ at the Grammys the four-piece alternative rock band from North London won two NME awards for ‘Best Live Band’ and ‘Best Track’.  Another award winning artist at Positivus will be Seinabo Sey who is the European Border Breakers Awards winner from Sweden.

Taking place in the picturesque coastal town of Salacgriva in Latvia, Positivus is gearing up to celebrate it’s 10th anniversary in 2016.  Positivus transports chart-topping headliners, underground emerging talent and exciting art and dance stages to their unspoiled atmospheric coastal setting amid stunning woodland. Festival goers can dip their toes in the baltic sea or take in the atmosphere in a hammock beneath the trees as well as enjoying artists such as Ellie Goulding, Richard Hawley, John Newman, C Duncan, Mercury Rev and San Fermin.

British trio Muse win the Grammy award for ‘Best Rock Album’ for a second time having previously won in 2011, for the concept album ‘Drones’ which traced the journey from abandonment to indoctrination.  They are sure to be one of the standout headline performances on the main stage. Other award winning acts playing at Sziget this summer include NME Winners and Coldplay table crashers ‘Bring Me The Horizon’ and European Border Breakers Award Winners Kovacs and Years & Years.

Having just landed themselves the award for ‘Best European Lineup’ at this year’s European festival awards as well as picking up the ‘Best European Festival’ award in 2015, this is certain to be another standout year for Sziget festival. Situated on the picturesque Óbuda Island, in Budapest, this is the go-to cultural event for arts and music lovers. For their 24th edition the festival will see the likes of Bastille, Bloc Party, Chvrches, Bring Me The Horizon, MØ and Sum 41 take to the stage.

Dixon, co-founder of the formidable Innervisions label, Dixon is set to headline Oasis festival this year! The German producer’s distinctive sound and unwavering popularity has seen him take the #1 spot in the Resident Advisor DJ Poll three years in a row and his set is sure to be a festival highlight.  Another award winning act taking to the decks at Oasis is Tale Of Us, who took the number 1 spot in the Mixmag Top 10 DJs list of 2015.

Taking place from 16-18 September 2016 at the luxurious Fellah Hotel, just a short distance from the heart of vibrant Marrakech, Oasis offers the perfect fusion of festival and holiday. Balmy, sun-kissed days and star-lit nights are soundtracked by the finest house, techno, disco and electronica artists across two main stages, with ample time for guests to relax and unwind in the idyllic surroundings of the Fellah, explore the city’s bustling medina or simply take in the spectacular views of the nearby Atlas Mountains