Posted by Nikki on January 19, 2020 in: Eurosonic Noorderslag 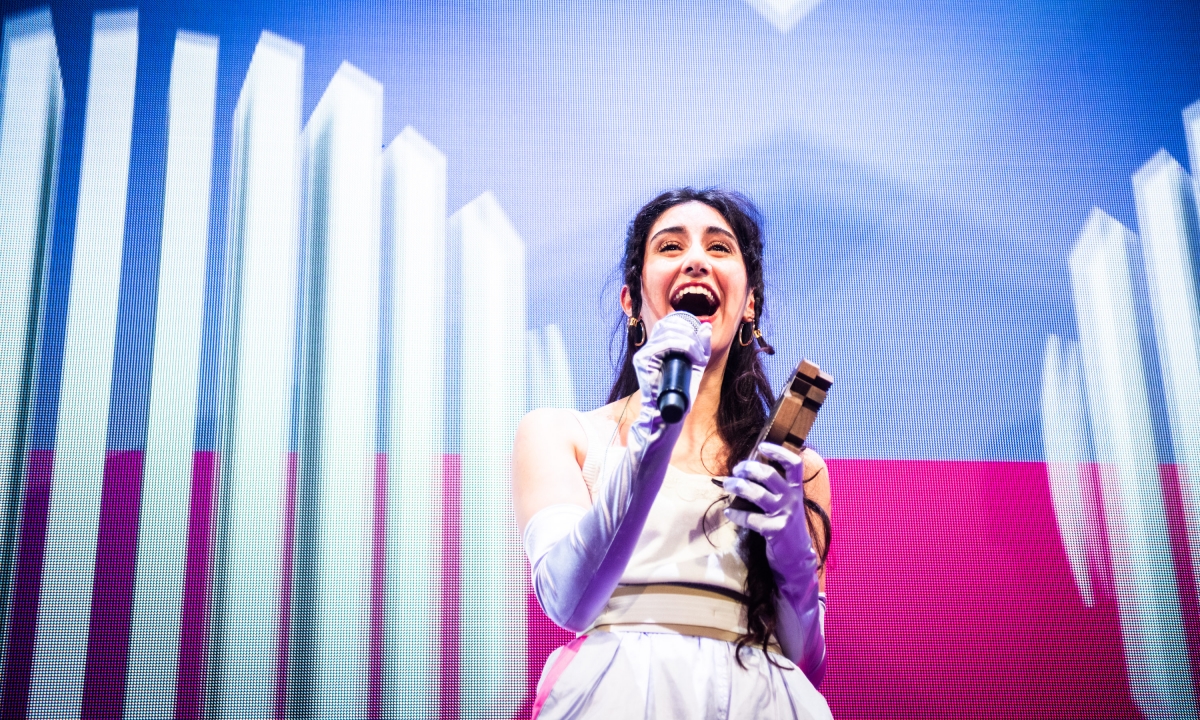 Meduza (IT), girl in red (NO), NAAZ (NL), Anna Leone (SE), PONGO (PT), HARMED (HU), 5K HD (AT) a​ nd​ Flohio (UK)​ are the winners of the 2020 Music Moves Europe Talent Awards, the EU prize for popular and contemporary music. Aside from being in the jury’s selection, 21-year old N​ AAZ​ also won the Public Choice Award. The expert jury selected eight winners out of sixteen nominees, while fans across the world voted for the Public Choice Winner.

Award ceremony
All winners were revealed during a vibrant award ceremony hosted by the well-known Austrian singer Thomas Neuwirth (WURST) in the Stadsschouwburg of Groningen, the Netherlands. After the festive celebration of the Music Moves Europe Talent Awards, the public had the opportunity to discover these emerging talents live as each nominee performed as a part of the ESNS (Eurosonic Noorderslag) showcase programme in Groningen.

Prize package
Each winner selected by the jury receives a € 10.000,- budget funded by the EU programme Creative Europe, to be spent towards promoting their international careers. A total of € 7.500,- of the prize package covers all expenses made for promotion and/or touring. Additionally, winners get a business package worth € 2.500 on targeted training provided by partners from the music industry: the live sector (Liveurope, Yourope and Live DMA), the recording industry (IMPALA and Digital Music Europe), the International Music Managers Forum (IMMF) and co-organisers of the awards Reeperbahn Festival and ESNS. The European Music Exporters Exchange (EMEE) helps winners navigating through this list of tailored services.

Public Choice Winner
Since the nominees were revealed at Reeperbahn Festival, fans across Europe could choose their favourite emerging European artist through an online vote. The Public Choice Award 2020 includes a monetary prize of € 5.000 and a filmed live music session at the Deezer Studios in Paris. This is part of the contribution made by Digital Music Europe and is presented by Deezer.

All nominees of the Music Moves Europe Talent Awards are already winners, because each nominee not only received a (online) campaign budget of € 750 but was also invited to perform at ESNS, the biggest European showcase festival.

Music Moves Europe
Music is one of the most popular forms of art, widely consumed, and a vibrant expression of Europe’s cultural diversity. Music Moves Europe, the overarching framework for the

European Commission’s initiatives and actions in support of the European music sector, aim to help the music sector flourish by, among other things, supporting the annual Music Moves Europe Talent Awards,​ ​the EU prize for popular and contemporary music.

The Music Moves Europe Talent Awards are​ c​ o-funded by Creative Europe, the EU funding programme for the culture and audiovisual sectors, and are implemented in close cooperation with the European Commission. The awards are organized by ESNS and Reeperbahn Festival, in partnership with Yourope, Independent Music Companies Association (IMPALA), International Music Managers Forum (IMMF), Liveurope, Live DMA, European Music Exporters Exchange (EMEE), Digital Music Europe (DME) and media partner European Broadcasting Union (EBU) who all contribute to the prize package inclusive to the awards. The awards receive the support from the Dutch Ministry of Education, Culture and Science, Province of Groningen and the City of Groningen.