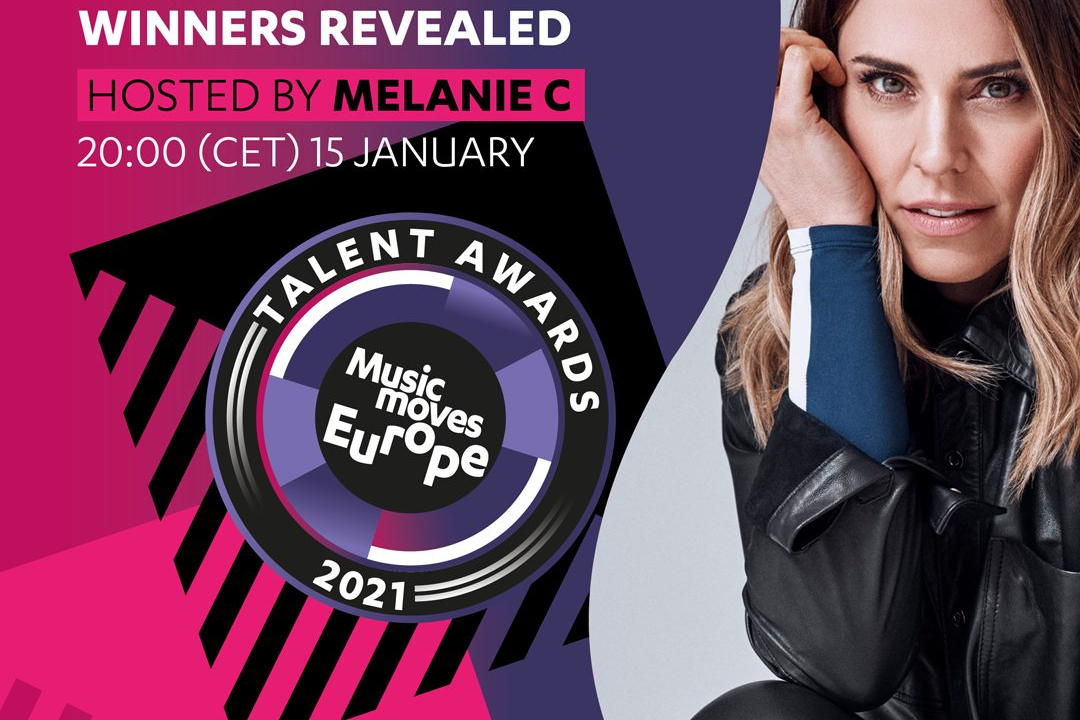 The 2021 Music Moves Europe Talent Awards Ceremony becomes fully digital. On Friday 15 January, starting at 20:00 hrs, the winners will be revealed of this annual EU prize for popular and contemporary music which is co-funded by the Creative Europe programme. The Public Choice Winner will be announced by the European Commissioner for Innovation, Research, Culture, Education and Youth Mariya Gabriel.

The ceremony will be presented by UK artist Melanie C. Previous ceremony hosts were Jools Holland together with Eric Corton in 2019 and Thomas Neuwirth in 2020. The ceremony as well as its side programme will take place within the digital venue Nite Hotel (www.nitehotel.nl/MMETA) starting on Tuesday 12 January.

A total of sixteen outstanding artists are nominated for the Music Moves Europe Talent Awards 2021. The nominees are: