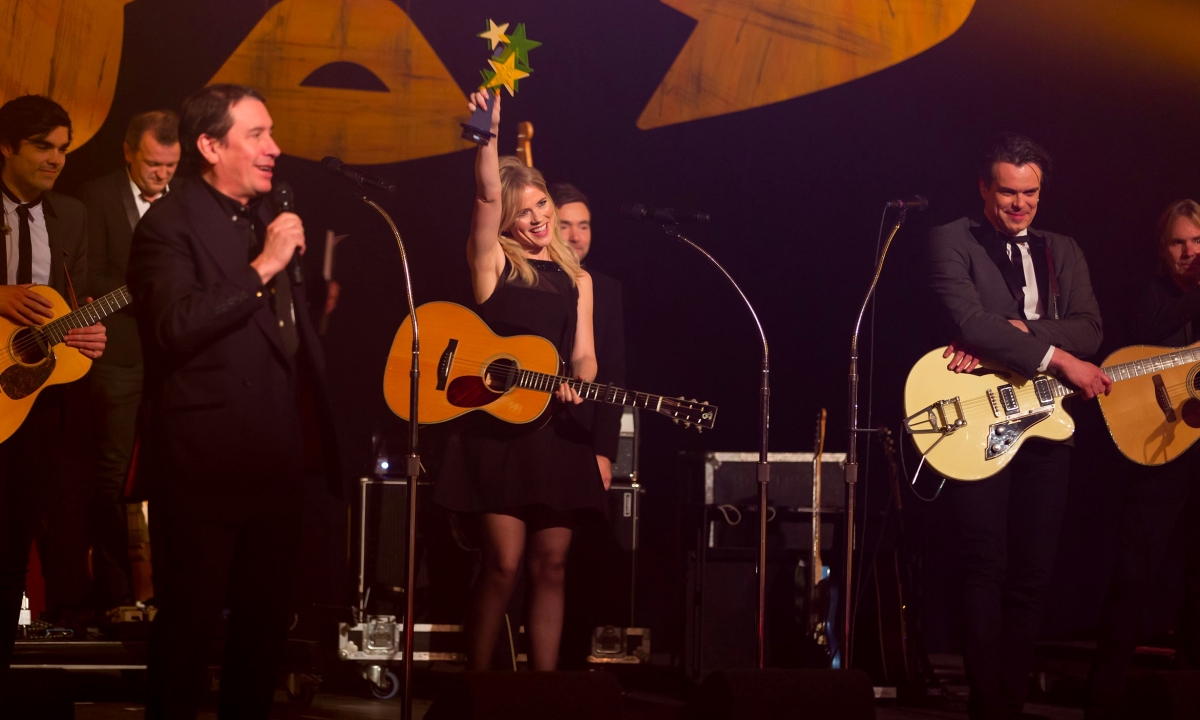 The winners of the 2015 European Border Breakers Awards (the ‘EBBA’), highlighting the best new rock and pop musicians and bands in Europe who have achieved cross-border chart success, were honoured this evening at the Eurosonic Noorderslag festival in the Dutch city of Groningen. The competition is organised under the European Union’s Creative Europe Programme.

The Common Linnets came out as the big winner of the evening taking away the ‘Public Choice Award’ by an overwhelming amount of online voters. The Dutch group, who performed live at the show, released their debut album ‘The Common Linnets’ last November. Since then the album has received the title ‘Album of the Year’ on iTunes, the Golden status in Germany and Austria and reached the highest sales in 2014 in the Netherlands.

The EBBA show also featured outstanding performances by other 2015 winners: Melanie de Biasio (BE), MØ (DK) and Indila (FR) as well as former winner the Ting Tings (UK). The other 2015 EBBA winners – Klangkarussel (AT), Milky Chance (DE), Hozier (IE), Todd Terje (NO), Tove Lo (SE) and John Newman (UK) – could not perform at the show but streamed live messages.

EBBA
The European Border Breakers Awards are about breaking down borders and recognising up-and-coming European pop, rock and dance musicians and groups who have achieved success in other countries than their own. The most successful ten of them receive, every year, an EBBA during a spectacular TV-show presented by BBC-legend performer and musician Jools Holland. The show, recorded this year at Stadsschouwburg Groningen and broadcast throughout Europe, is organised on the opening evening of Eurosonic Noorderslag, one of the biggest live music industry gathering in Europe.

These unique European Union music awards aim to highlight Europe’s great cultural and linguistic diversity in pop and rock music and to make it accessible to the largest audiences. With the EBBA, the European Union highlights the success of 10 debuting European artists in selling albums and touring outside their home territory and rewards their talent, as well as their daring, creativity and invention.