Posted by Nikki on September 30, 2020 in: Exit Festival , Festivals , Uncategorized 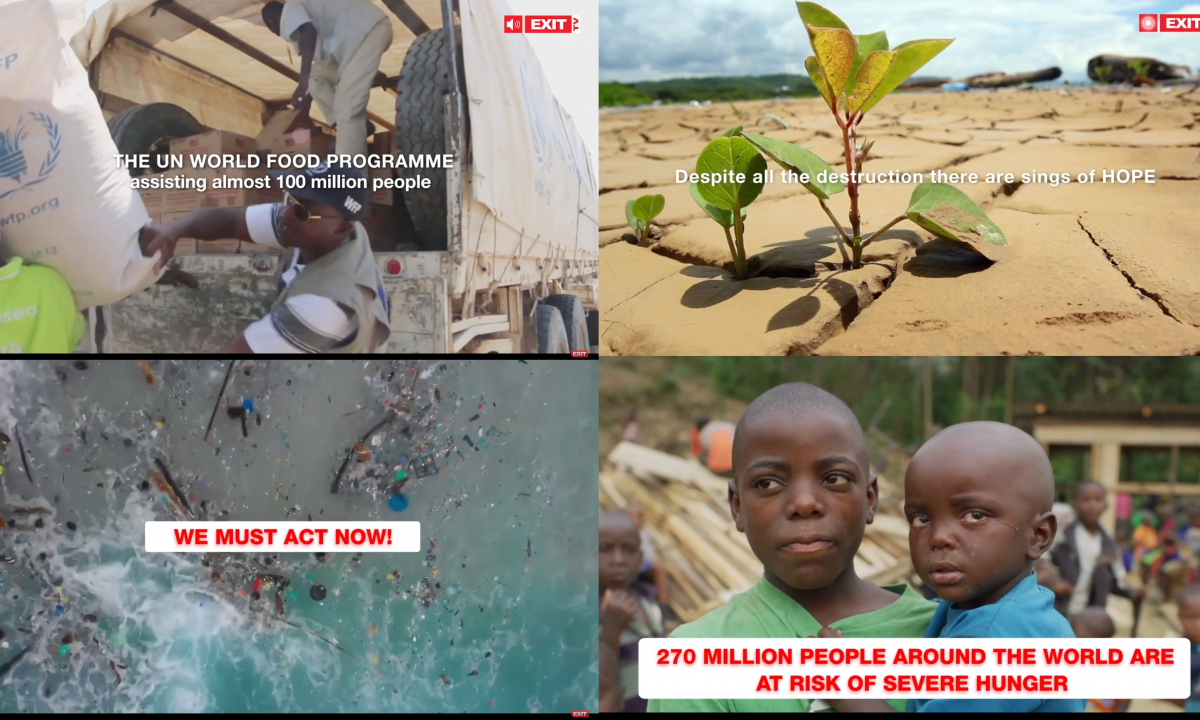 In the year in which the world music industry was brought to its knees, when most festivals in the world were either postponed or held only online, EXIT managed to realize Life Stream, a global project that will mark the festival 2020 in many ways.  Instead of just the virtual world, Life Stream also offered a live experience, while recordings of the performances were then presented at an eight-day streaming festival to audiences around the world. In this way, Life Stream brought together over four million fans from around the world, with the numbers expected to exceed 10 million in the coming months.

This event also marked the start of the celebration of the 20th anniversary of EXIT festival, which will culminate from July 8 to 11, 2021, when the festival awaits us in its full format with some of the world’s leading stars, such as Tyga, David Guetta, DJ Snake, Eric Prydz, Boris Brejcha and many others to be announced soon.

In partnership with the United Nations World Food Program, the largest humanitarian organization in the world, EXIT launched Life Stream to raise awareness about devastating environment crisis and also to help millions of people around the planet who have come to the brink of extreme starvation due to the pandemic.

Charlotte de Witte who performed twice, Carl Cox, Hot Since 82, Nina Kraviz, Adam Beyer, Black Coffee, Ben Klock, Paul van Dyk, Mahmut Orhan, Marcel Dettmann and many other, international and regional artists supported the project despite many obstacles and found their way to the fantastic stage of the mts Dance Arena at the Petrovradin Fortress, and to millions of fans around the world online.

The realization of the project took place in September, first with a live festival from the 3rd to the 6th, followed by the gathering of millions of fans who watched exclusive recordings of the sets on social networks and YouTube from the 17th to the 27th. A special challenge was the organization of the event itself, but even on such a demanding task, incomparable to anything so far, EXIT showed how a completely safe event can be organized even during a pandemic.

The Life Stream program also helped launch InfinitX on September 24, Exit’s new project that will combine the biggest music names with the most beautiful locations around the world in destination promotion. The first InfinitX set, which was also an important part of the Life Stream program, was filmed by Charlotte de Witte at the Mogren Fortress near Budva and delighted over a million viewers around the world in just a few days. One of them is the legendary BBC music editor Pete Tong, who, during an exclusive interview with the techno heroine, called the Budva coast around Mogren one of the most beautiful places in the world.

After the Life Stream launch last year with a pilot event at the Amsterdam Dance Event, EXIT in 2020, in cooperation with WFP, introduced a new chapter and greatly expanded the scope of its activities in which, in addition to environmental protection.  Video materials and messages were broadcast as integral parts of the recordings, which spoke about the ecological mission of the project and the work of the United Nations World Food Program. The days of Life Stream were dedicated to the basic elements – earth, water, fire and air – along with their environmental problems, but also the beauty and importance for the survival of life on Earth.

This year’s project was also an introduction to the much broader cooperation between Exit and WFP in 2021, which will mark two exceptional anniversaries, the 60th anniversary of the World Food Program and the twentieth anniversary of the EXIT festival, which will feature some of the world’s biggest stars as which are David Guetta, DJ Snake, Tyga, Eric Prydz and many others.

EXIT Festival was established in 2000 in University Park as a student movement for the fight for peace and freedom, both in Serbia and in the Balkans. Over the past 20 years, it has grown into one of the most eminent music festivals in the world, bringing to Novi Sad, its venue, as many as two Best European Festival titles won for 2013 and 2017. The Festival is organized at one of the largest medieval fortresses in Europe. Social responsibility remains one of the key aspects of the Festival through the work of the EXIT Foundation, whose social activism is focused on youth development, peace promotion, creative industries and environmental protection.