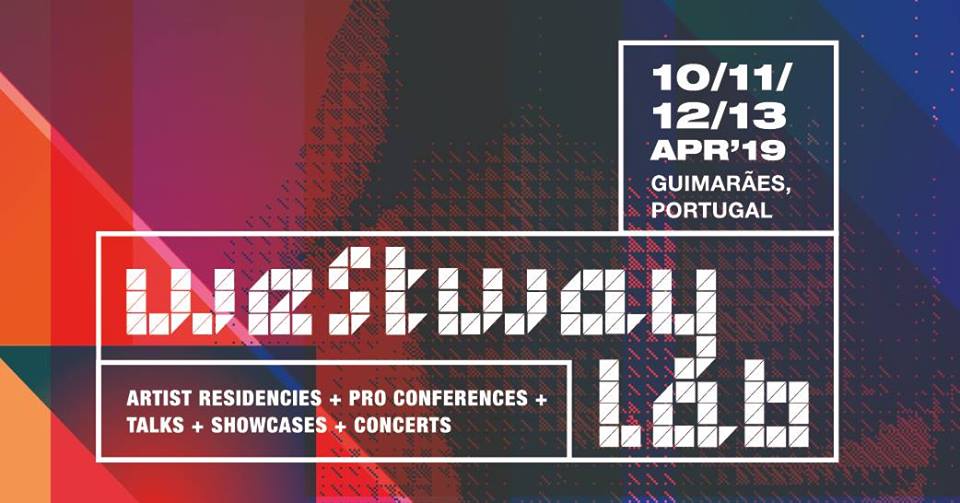 Westway LAB, Portugal’s first showcase festival and professional music conference, will take place for the sixth consecutive year from 10th to 13th of April in Guimarães.

Founded in 2014 with a clear mission: to operate a cultural, social and economic transformation through music, crossing borders enabling the construction of sustainable internationalization of artists and professionals from Portugal. During the 4 day event, Guimarães becomes a music city, combining in an innovative way the realization of an event based with three dimensions: Process (artist residencies), Thought (PRO Conferences) and Product (showcases and headline concerts).

Since its inception Westway LAB has always had a strong sense of collaborating internationally and this year the event will realise this by presenting Canada as the spotlight country.  On April 12th, the Canadian representation at the Westway LAB 2019 will be fueled by folk territory, which intersects with pop in compositions for female voices by singer-songwriters Sarah MacDougall and Megan Nash and the trio of boys The East Pointers. The music of the duo Les Deuxluxes will be more electrified and will make rock its strength, whereas the band Tribe Royal bases its music in the pop-rock.

On the same night, and similarly to last year, Westway LAB once again hosts the WHY Portugal Event, organized by the Portuguese music export office. From the pop built between guitars and synthesizers by Neev, to the traditional Fado Portuguese guitar of Marta Pereira da Costa, passing by the delicate indie sounds of Vaarwell.

Similarly, the European networks (ETEP and INES) in which the festival is integrated contribute decisively to the important architecture of relationships that are propagated by bringing cultural and economic value to this particular ecosystem. This is the case of the Dutch musician Jacco Gardner who brings to Westway LAB his latest album, “Somnium”, in what will be the opening concert of the festival (10 April), as well as the Italian singer-songwriter Violetta Zironi, who promises a performance where the guitar will need little more company than its powerful voice (April 11).

With the Vila Flor Cultural Centre as a base of operations, the 6th edition of the event will once again be spread to various places in the city, through the city showcases that will transform Guimarães into a great stage, taken by artists and the public, who intertwine with magic from music. During the afternoon of Saturday, April 13, it will be possible to listen to the indie-pop of Mickey, a Slovak based in Austria, the American pop of Swedish influences Elin Namnieks or the indie-rock of Izzy and the Black Trees, of Poland, three projects that are part of the selection of the INES network for 2019. From Greece comes the multi-instrumentalist and composer Theodore. The national performance is well delivered to Holy Nothing, one of the most promising national bands, creating the frontier between electronic and post-rock, as well as guitarist Francisco Sales, singer Beatriz Nunes and rock-dirty quartet Smartini.

On the last night of the festival, the music spread by the CCVF in a great celebration. Through a general pass, for the value of 20 euros, it will be possible to attend the concerts of The Black Mamba, Tashi Wada Group feat. Julia Holter, Batida apresenta: The Almost Perfect DJ, Captain Boy, Mister Roland, Paraguaii and Whales. The first 150 passes also give exclusive access to the opening concert with Jacco Gardner.

According to Rui Torrinha, artistic director of the festival, “continuing to think about the cosmos from this unique place has made of Westway LAB a powerful world of possibilities on a human scale, in which the time and space generated have allowed us to recover the original meaning of the word … quality. Not everything here can be said, so discover it and let yourself be discovered but do not miss out, because the spirit is of inclusion.”

For the upcoming 6th edition of Westway LAB, Portugal’s first showcase festival & conference expands its three main conference streams, Westway PRO, INES Sessions and the WHY Portugal Event through the addition of a central Westway LAB Lounge, a permanent networking lounge open throughout the event, offering registered delegates a space dedicated to their formal & informal networking, besides the conferences, roundtables and panels. An environment that constitutes another step forward, as the LAB monicker does not apply exclusively to the Artist Residencies: Westway is also a LABoratory for new projects, new ideas, new partnerships and new horizons. From Westway LAB’s first edition, back in 2014, to the present, this has always been an intrinsic part of the Westway DNA.

As such, in addition to the above-mentioned three conference streams, the Westway PRO, INES PRO and WHY Portugal Event, the on-going partnership with AMAEI, the Portuguese Independent Music Trade Association brings to Guimarães a new European project, Europe in Synch: a Music Moves Europe preparatory action of “Training of Young Professionals”.  It is also fitting in that the idea for the project was born at Westway LAB, precisely two years ago.

Furthermore, the partnership with the GDA Foundation also affirms, this year, the dedication of the GDA Foundation in utilizing technologies as tools for music circulation. The GDA panel will thus present us with two Portuguese home-grown platforms seeking new solutions to this age-old challenge: how to tour more. Finally, through a new partnership with Audiogest, the phonogram producers society, we are happy to feature a Portuguese Keynote speaker and “State of the Art of the Portuguese Industry” roundtable, as well as host not just the second edition of the WHY Portugal Event, run by Portugal’s export office for music, but also a meeting of EMEE – European Music Exporters Exchange, bringing 28 European Export Offices to Portugal.