Artists from Portugal at Eurosonic

Posted by Nikki on January 13, 2020 in: Artists , Eurosonic Noorderslag , Festivals 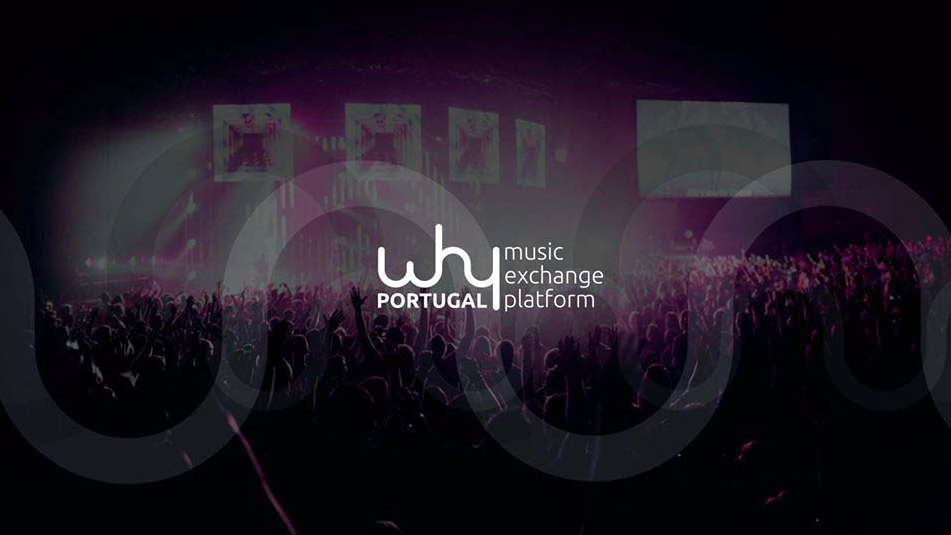 Miramar
folk
Even though they hail from different latitudes, and they have trodden different paths, Frankie Chavez and Peixe are united in their work with the guitar.

Peixe popped up on everyone’s radar more than twenty years ago, as the behind the muscular and unmistakable guitar sound in Ornatos Violeta, the mythical Porto band. But that was only the beginning of a long and fruitful journey. Pluto followed Ornatos, as did the delirious experiences in Zelig, a host of collaborations, and two astounding solo records, exploring the possibilities of his favorite musical instrument – “Apneia” and “Motor”. Ever since his debut in 2010, Frankie Chavez has consistently proven himself to be one of the most exciting musicians of his generation. Inspired by folk and blues music, as well as the most classic rock and roll, he has been taking his music further and further – be it with a band or as a one-man-band –, standing on his unique relationship with something that’s been there from the beginning: a guitar.

This is a road you drive calmly through, contemplating. A road that sometimes winds up all the way to the peak of the tallest mountain, and that at other times stretches on straight, in the lazy desert heat, carrying the sound of those strings vibrating inside different frames, electric or acoustic, the two playing as one.

Live, they perform over a background of images that are manipulated in real time; a “concert-film” that stands out by the mutual inspiration the dual universes of music and image play on each other and that audiences readily take in.

Lina_Raul Refree
Fado/electronic
Fado rewired and recast. Raül Refree – one of Europe’s most innovative producers (Rosalía, Sonic Youth’s Lee Ranaldo) – meets Lina, a Portuguese singer renowned for her haunting interpretations of Amalia’s classic repertoire. Analog synths and hushed sonics. Making history by breaking the rules. Shedding the skin. A fresh beginning. That’s what singer Lina and producer/multi-instrumentalist Raül Refree have given Portuguese fado on Lina_Raül Refree. They’ve sloughed off the old trappings and exacting traditions of the country’s national music and given it into a perfect fit for the 21st century. Gone are the chiming guitars that were the music’s instrumental trademark and in their place comes piano and analogue synths. Together, they’ve reinvented the music that holds a nation’s soul, and done it while keeping the rich beauty of the melodies and the aching poetry of the words that are such a vital part of the tradition. “I wanted to do something different with fado,” Lina explains. She already had a deep background

First single from the new album, out on Glitterbeat Records on 17th Jan https://youtu.be/-6wgBr7FUus

PONGO
kuduro
PONGO embodies the renewal of Kuduro, mixing her African, Langan & Zairian roots with EDM, bass music, dancehall & melodic pop. Her powerful, rhythmic, but equally fragile & sensitive voice draws us into her world, on the borders of dance & saudade, where no one has taken us before.

Supported via MMETA. Also selected by NME as one of their Essential New artists for 2020, praised by TLOBF and received a lot of play on 6 Music. .

Sensible Soccers
Pop/electronic
Sensible Soccers are a band from a seaside town in the north of Portugal. The band has come a long way since they released their eponymous EP in 2011. They’re famous for their hypnotic shows and for their sweet empathy with the audience. Their live shows granted them a sort of cult status, their reputation cemented by dreamy and moving albums like Aurora.

In their discography we can still find their second EP (Fornelo Tapes Vol.1), one single with a strange music video (“Sofrendo por você”) and their first long-play released in 2014. This record, called “8” (eight), had great reviews and good press coverage. The response from the public was also very enthusiastic and they had a long tour around Portugal, but also did some gigs in Spain and Paris.

In early 2016 they’ve surprised everyone and released their second album, “Villa Soledade”. Inspired by the local routes around Fornelo, a small northern rural village where the band have their headquarters. In 2019 they released their third album called “Aurora”, focusing on the theme of memory and childhood holidays.

Sensible Soccers makes mostly instrumental music, with a wide range of musical approaches, which are sometimes more ambient-oriented, with thickly-layered synths, guitars masterfully work wrapping the arrangements, in an inventive-yet-coherent way but also bringing us thumping beats that range from shy wink to the dance floor, to the fragile emotional down-tempo.

About Why Portugal
Why Portugal is a new-model music exchange platform from Portugal, a music cluster made up of professional associations founded by AMAEI – Association of Independent Music from Portugal; collaborating with MMF – Music Managers Forum among other industry associations. The Why Portugal non-profit association is supported by AUDIOGEST and Fundação GDA through their respective neighbouring rights cultural funds; and for select missions we also work with AICEP Portugal Global – Trade & Investment Agency, Turismo de Portugal, Porto Convention Bureau and other governmental institutions. Why Portugal follows a collaborative model open to the entire music cluster.