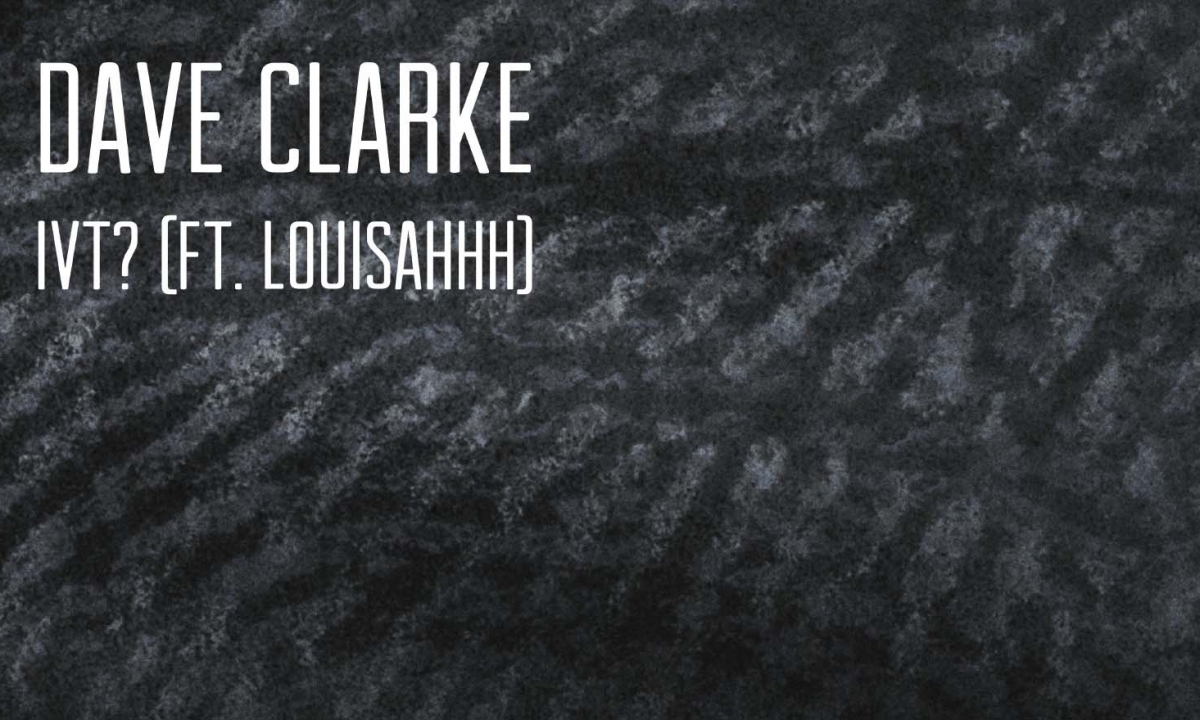 IVT? Is the third single taken from Dave Clarke’s third studio album ‘The Desecration Of Desire’, featuring new remixes from Chloe and the Mad Professor.  The digital release is available from Friday 23rd March and Vinyl on 6th April.

Having received widespread critical acclaim, Clarke’s album is coloured with the perspectives of some delightful, intelligent and deep people who inspired him in their own way with Louisahhh being one of them.

IVT? Is Dave’s interpretation of the Department S classic ‘Is Vic There?’ – a track that meant so much to him when growing up – a dark, heavyweight, slow motion slice of new wave with LOUISAHHH’s simmering vocals finishing it in style.

Says Clarke “My first collaborator was LOUISAHHH on the lyrical cover of “Is Vic There?” Her voice is outstanding and her company educational, so I doubt this will be our last work together.”

Stepping up for remix duty on this release are Mad Professor and Chloé.

Mad Professor is considered one of the leading producers of dub music’s second generation and was instrumental in transitioning dub into the digital age, with a host of remixes under his belt for the likes of The Orb, Beats International, Sade and 400 Blows and Massive Attack. On this remix he delivers his trademark dub sound interlaced with synth stabs, snare drums and Lousahhh’s sublime vocals.

Next up is France’s DJ/Composer extraordinaire Chloé, as much a film music enthusiast as an accomplished guitar player, she stumbled into the electronic scene early on, developing an unwavering curiosity for sound machines which she utilises to the max on this remix. Stripping the elements back for a minimal approach, the kick drums and high hats drive the track with the bassline and synths giving a firm nod to early 80’s new wave.

Clarke is famously opinionated and outspoken and his music has always been just as singular and standout. Whether remixing Depeche Mode, Placebo or Amazing Snakeheads, serving up his legendary White Noise Radio shows or impressing with his DJ’ing dexterity at the world’s finest clubs and festivals, when Dave Clarke speaks, everybody listens