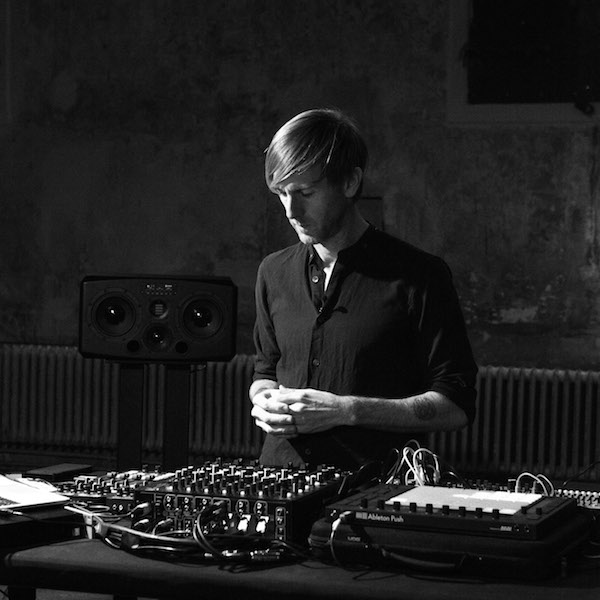 Richie Hawtin states: “I hope this video inspires people to look deeper into the possibilities of MODEL 1 and to think about the art of DJing and take that step further to define their own sound.”

Richie Hawtin states: “In this video you’ll see me step through my own performance set-up and learn about many of the key features of MODEL 1 that make it unlike any other mixer (or instrument) on the market.”

Matador will showcase the extensive capabilities of the MODEL 1 analogue mixer, through an in-depth demonstration of his new performance set-ups. Recently named as an official ambassador for the product, Matador will show how he now incorporates the instrument into his recording process and subsequent live performances. Interview by Alex Zinn (PLAYdifferently Product Specialist).

An in-depth masterclass by Richie Hawtin showcasing the extensive capabilities of the PLAYdifferently MODEL 1 analogue mixer. Both talks end with an audience Q&A.

TECHNOLOGY. by PLAYdifferently
ENTER. is proud to present six special visual performances with each artist in the main Technology room using the MODEL1 in their own unique style. This is what you can expect on the night:

SAKE. by ENTER.Sake
ENTER.Sake is a boutique sake collection curated by Richie Hawtin after twenty years of extensive trips to Japan. Originating inside his residency at Space in Ibiza four years ago, Hawtin created Europe’s largest sake bar. Tonight, the party returns to ENTER. presents EXPERIENCES. Tonight’s guests are:

MUSIC. by MINUS
A celebration of Richie Hawtin’s Minus record label with some of the more recent artists to have had releases on the imprint. All artists were regular guests at ENTER. in Ibiza. 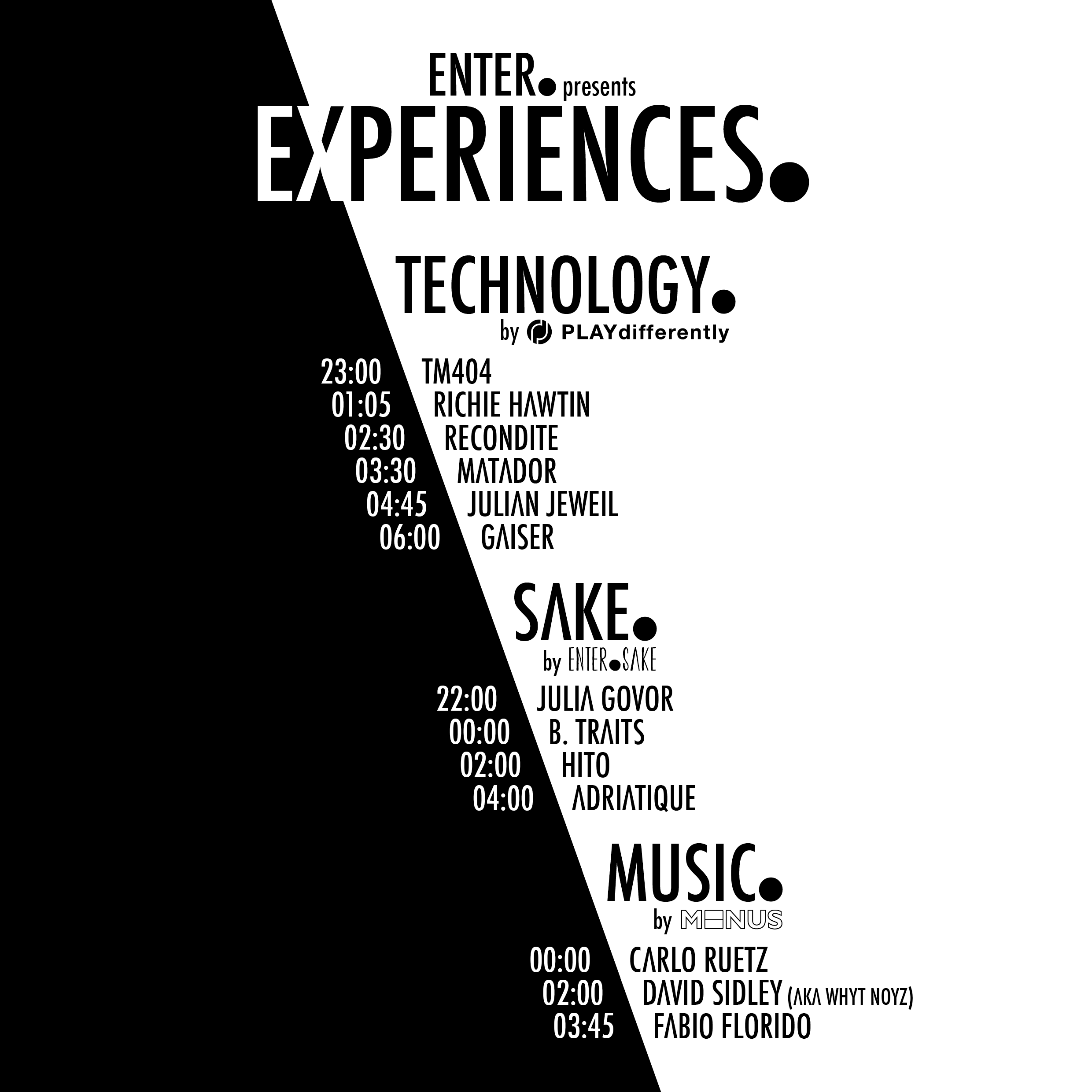 ABOUT: MODEL 1 BY PLAYdifferently
Engineered by Andy Rigby-Jones, the mind behind Allen & Heath’s Xone series, and co-designed by Richie Hawtin, MODEL 1 is a performance instrument providing new creative possibilities to artists, and empowering them to PLAYdifferently. A mixer of uncompromising build quality, intuitive tactile controls and beautifully warm analog circuitry, the PLAYdifferently MODEL 1 mixer is now a feature at many revered clubs worldwide since launching earlier this year, receiving resounding support from world-leading artists including Carl Cox, Chris Liebing, Dixon, Dubfire, Ellen Allien, Joris Voorn, Francois K, Lil Louie Vega, Loco Dice, Luciano, Matthew Dear and Nicole Moudaber amongst many others. The mixer won the most Innovative New DJ Product at the DJ Mag Tech Awards at BPM in Birmingham. 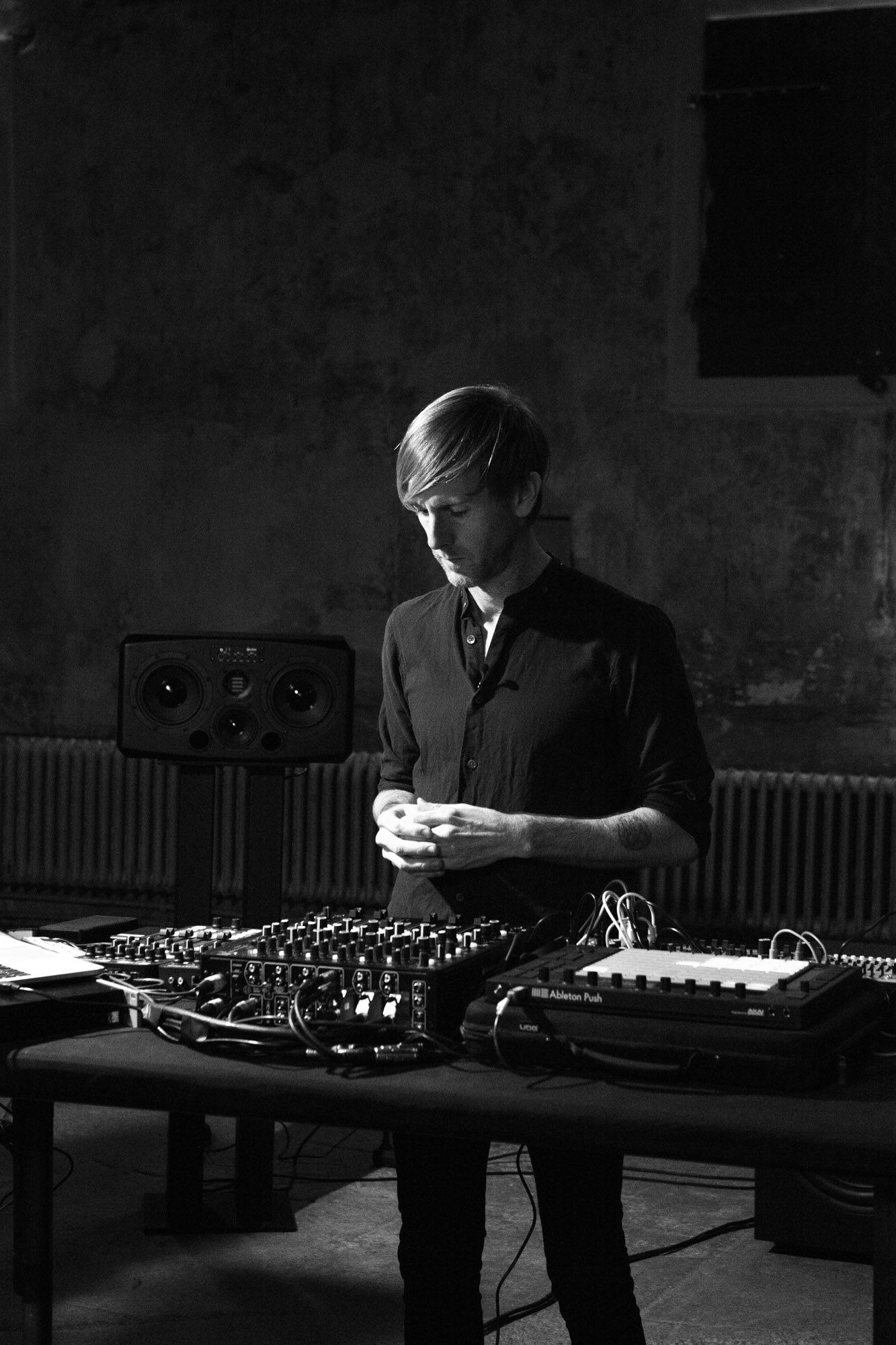 Image from the MODEL 1 product video