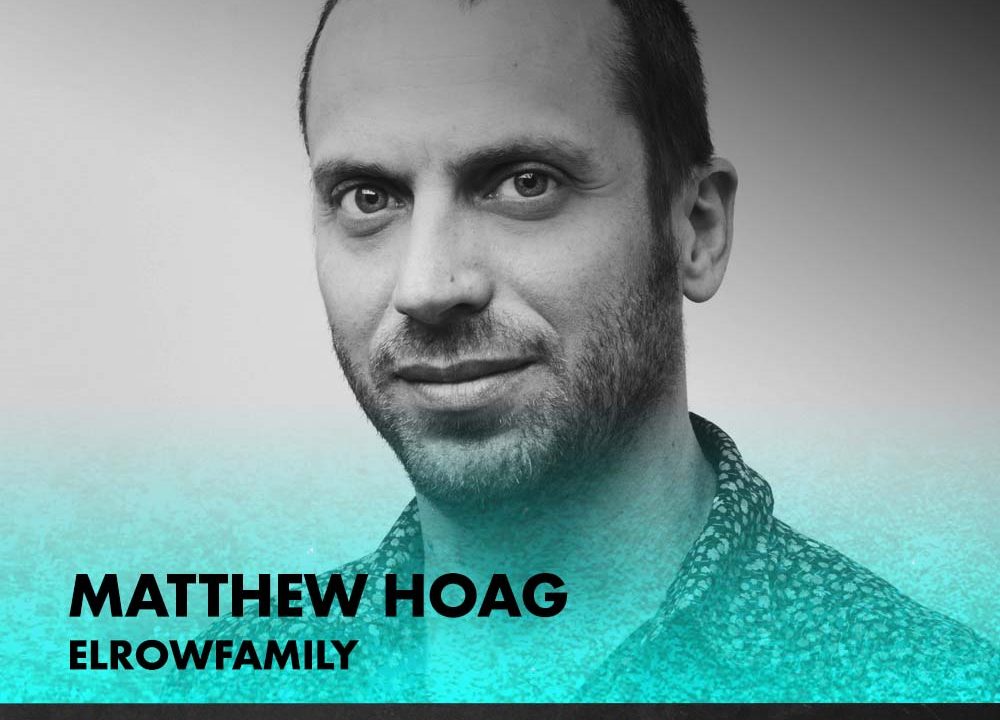 In episode 11, Nikki speaks to Matthew Hoag the Global Commercial Director of the renowned clubbing brand elrow. Matthew talks about his career working with artists such as Umek, Dubfire, Joseph Capriati and John Acquaviva and working in different cities such as New York and Shanghai before settling in Barcelona to set up the European office for the Bullitt agency. Now overseeing over 130 events a year worldwide for elrow, Matthew also talks about his passion for languages and immersing himself in different cultures, his mentors and the rescued cat he recently rehomed. 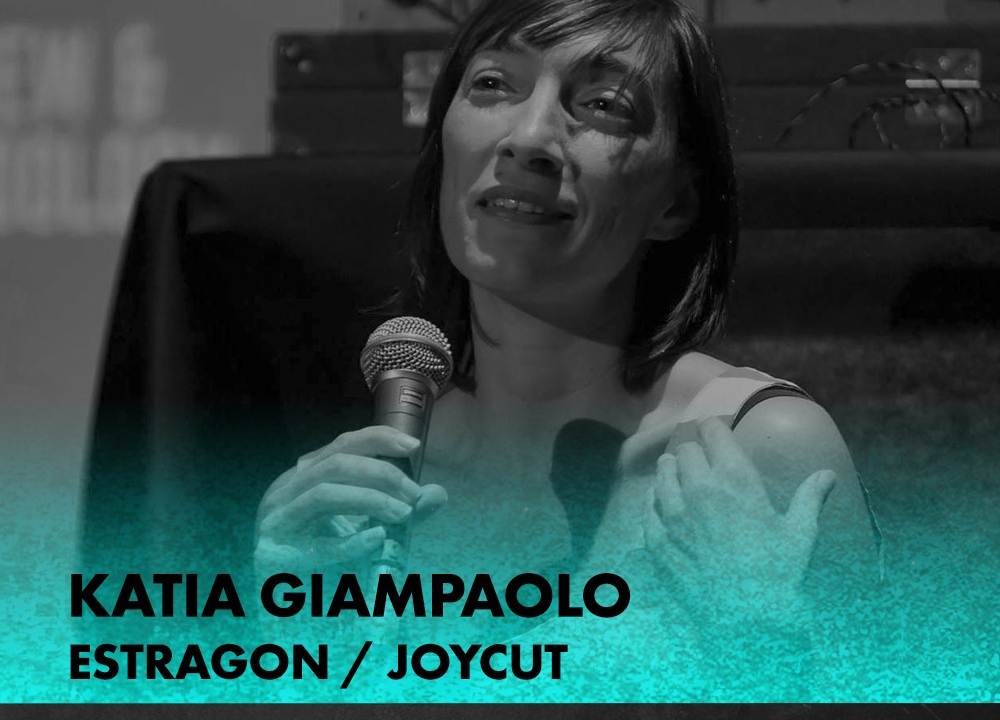 In episode 10 Nikki is joined by Katia Giampaolo, Co-Director of Bologna’s famous Estragon Club and manager of the band JoyCut. With many roles in the music industry, Katia talks about everything from putting on a show with her favourite band Radiohead after an earthquake nearly jeopardised it, JoyCut being chosen to play at Robert Smith’s Meltdown, her involvement with the Music Managers Forum and being a judge in the Music Moves Europe Talent Awards. Katia is a much loved and hardworking person in the global music industry community with passion and inspiration in abundance. 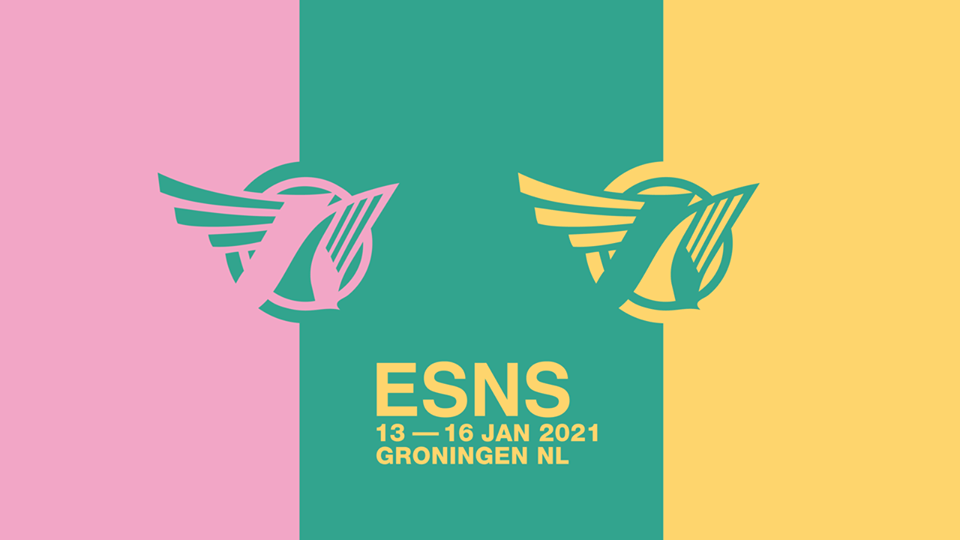 The conference and showcase festival ESNS (Eurosonic Noorderslag) in Groningen will now be a fully digital edition in 2021. Given the current situation and government guidelines organizing a physical edition is no longer feasible. This means that the program of both the festival and the conference will be presented as a digital platform from 13 to 16 January 2021.

The digital edition will continue the mission of ESNS; promoting and circulating new European music as well as offering many new networking opportunities and more reach through ESNS’ online channels and media partners.

Robert Meijerink, ESNS Head of Programme says:
“Although we are sad that the the acts, audience and music professionals cannot meet each other live in Groningen we think that’s it’s very important in these challenging times, to bring the people of the live music sector, artists, venues & festivals and media together during the digital edition of the ESNS and as the key exchange for emerging European music talent we will work hard to make sure we continue to provide that platform to new artists. ESNS Digital will consist of a Showcase Festival, The Conference focussing on the “Road to Recovery” and an online edition of the Music Moves Europe Talent Awards”.

In the past months it has become increasingly clear how big the consequences of the COVID-19 pandemic are for the music sector. The world-wide shutdown of events represents an unprecedented blow to anyone working in the (live) music sector. As a result, the need to get together is greater than ever. With the digital platform, ESNS will provide opportunities to inspire each other, to enter into a dialogue and to learn from recent developments. With ‘The road to recovery’ as the theme of the conference, ESNS aims to bring the industry together, regain confidence, face the current crisis and make a constructive contribution to the future of the European music industry.

January 2021 is the perfect time to look ahead and discuss strategies around the re-opening of the live music scene as we know it and to evaluate where we are on medication, vaccine,  and fast testing. Looking at the impact on mental health within the industry and finding solutions to sustainability will also be a focus as well as lobbying  members of  the European Parliament for support of the sector.

Speakers already confirmed for the upcoming edition include Keith Harris talking with Sammy Andrews about equality and racism in the music industry, Mark Mulligan (CEO and analyst at MIDiA Research), Tom Windish & Mike Malak (agents with Paradigm for Billie Eilish, among others) talk to Cherie Hu, Warner Music’s Scott Cohen interviewed by Muki Kulhan, Prof. Dr. Katja Ehrenburg in conversation with Holger Jan Schmidt on mental health, Raphaella Lima (EA Games) on music in games, and Claire O’Neil (A Greener Festival) will talk about the importance of sustainability.

Prior to ESNS 2021, more online discussions will take place in November: On Wednesday 11 November Dutch politicians will discuss policy regarding the culture and music sector and on Thursday 19 November, representatives of European clubs and venues talk about the impact of the pandemic.

ESNS Registrations
The ticket price for a digital ESNS is € 50,-.This includes access to the digital environment with live streams, on demand panels, keynotes, sessions and showcases, access to a networking platform and database.

Tickets for ESNS 2021 will give a year round access to the program and database of this digital edition and discount on the registration of the subsequent edition in 2022. Registrations are available through esns.nl.

For those who have already purchased a registration for the hybrid event, they will be contacted directly.

About ESNS
ESNS (Eurosonic Noorderslag) is the key exchange for emerging European music talent, with a proven track record of helping to break new acts on the international music scene. ESNS stages many showcases alongside a full conference programme of panels and keynotes, alongside multiple networking opportunities and award ceremonies. The event attracts conference delegates from all sections of the entertainment industry, including representatives of over 400 festivals. The 2021 edition will be digital only with a focus on new European music.

Posted by: Nikki in: B2B

After concluding at Westway LAB in Portugal, the Europe in Synch project presents its findings, insights and recommendations with the aim of improving opportunities for  European artists and composers.

An initiative of Music Moves Europe, the Europe in Synch project was set up to create an optimized synch business for all artists, composers and European SME’s, working towards territorially bespoke synch-business scenarios by bringing together the “Music” (European rights owners and composers) with the “Opportunities” (advertising and film production).

The Findings
The findings revealed that Europe in Synch could play an important role in the development of the synch business and that there was a great demand for knowledge building, curated networking, educating the advertising industry and a permanent organisation of senior professionals to provide a forum for advice and brokering.

The project also highlighted the need for permanent networking and a visible initiative rather than one-off events for professionals on the music side, due to the lack in follow ups after the sessions. The curation of these events was also an important factor with a wide and varying range of professional levels from basic to advanced, which meant the content and approach had to be adapted individually for each session. Recurring feedback and requests also included networking between film and music at an earlier professional stage, i.e. film schools.

Says project manager Markus Linde:
“What we definitely can deduce from the analysis of our work over one year, is that across borders, there is a big demand for an initiative like Europe In Synch.”

“On one hand, it is the educational aspect aimed at the young and less experienced professionals and markets. On the other, we will have to see our role as much more complex: grey-eminence-diplomatic, where we generate professional dialogues between the industries in the different territories, and definitely business-focused, when it actually comes to brokering synch-related deals and cooperations.

“In fact, the potential cultural relevance of Europe in Synch lies in the systematic bringing together of knowledge-building AND business-generating. Europe in Synch laid the groundwork to becoming a permanent institution rather than a one-off-project.”

Europe in Sync so far
So far Europe in Sync has prepared and hosted one-day workshops in co-operation with and at European music conferences (Westway Lab PT, SPOT+ DK, Live at Heart SWE, Sonic Visions LUX, MENT SLO) bringing together some 40 participants from the music side with selected senior experts from the world of advertising. As a follow-up on the next day of the conferences, the project and the findings of the sessions were presented in public panel.

During the 2019 Reeperbahn Festival, Europe in Sync initiated and co-hosted a proto-type Meet&Mingle event bringing together for the first time synch professionals from the music side with creatives and producers from the advertising sector – some 80 guests in total. A panel discussion introduced the parties and the EinS project and diagnosed the need and willingness for a creative dialogue.

The film/TV sector was addressed in a proto-type Film Brokering event digitally staged in Lisbon in September in partnerships with ICA, the Portuguese Film Institute. For the first time in Portugal, this film-music brokering-session brought together film-makers with music-professionals creating film-music or representing music catalogues and music supervisors.

The Future
The next step will be to analyze the findings thoroughly which will become the foundation and the framework for a larger long-term project. The three managers of the project have announced that reactions, input, demand and encouragement have been such, that it is safe to say that EinS will resume its mission beyond 2020.

With  over 25 years music industry experience in Canada, UK, and Portugal,  Nuno Saraiva is the founder of SCL Agency and its group of companies.

Saraiva is the Executive Director of the WHY Portugal export office and music exchange platform, founded in 2016. Saraiva is also co-founder of  Portugal’s first PRO conference and showcase Festival Westway LAB, which  started in 2014, and is also the founding President of the AMAEI, the  Portuguese Independent Trade Association, founded in 2012.

He is a Board  Member of IMPALA, the European Music Companies Association in Brussels;  and also Board Member of EMEE – European Music Exporters Exchange, in representation of WHY  Portugal.

With a long professional history in the record business, publishing and artist management, Markus Linde has been running his music-supervision thag’s agent imprint for some 16 years.

His services including music rights research, clearances and creative consultancy, Linde has a track record for music placements in national and international advertising campaigns and he also contributes to films and TV productions.

Markus Linde is founding member and Project Leader of Europe in Synch, he conducts a personal consultancy and contributes to international conferences, work-shops and panels.

With 27 years experience as music professional, Nis Bogvad has worked in all aspects of the business.

Nis has synchronized music to more than 200 commercials, TV series and Films.

Matt King from Skint Records on Meet Me Backstage Podcast

Posted by: Nikki in: Artists , B2B 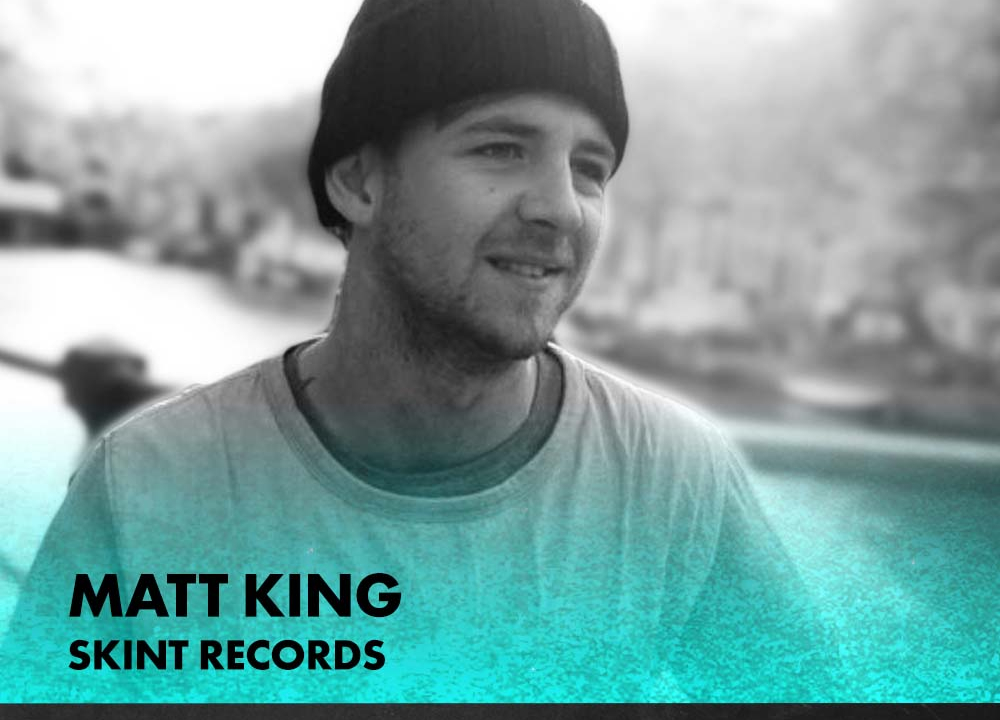 In episode 9 of the Meet Me Backstage podcast, Matt King from Skint Records talks about working for a record label and how things have changed since he first started. After graduating from University and wanting to be a journalist, Matt now works with many globally renowned artists including Roisin Murphy, Groove Armada, Joris Voorn and Maya Jane Coles. Matt also talks candidly about the highs and lows of working for a record label, the importance of working with a good team and how he wanted to sign Marilyn Manson.