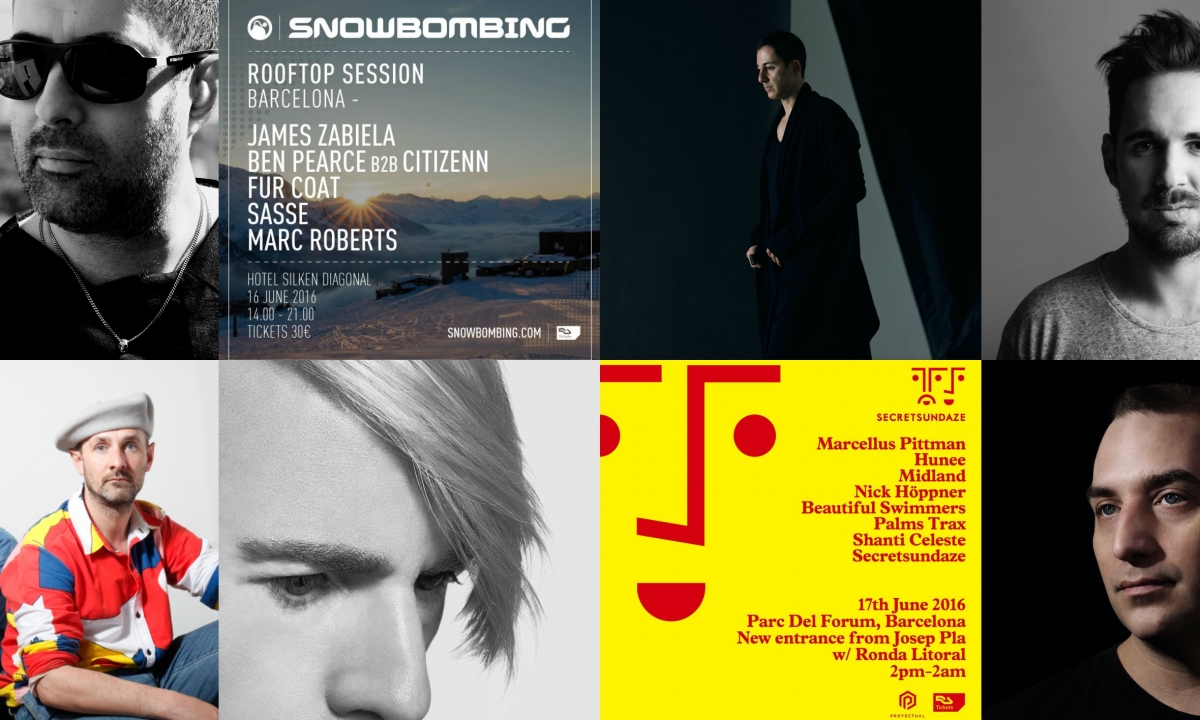 We’ve got lots coming up for Sónar and Off Week this year! Richie Hawtin debuts a new show at Sónar by Night and Dubfire – fresh from debuting his Hybrid Live show all around the world – returns for two DJ sets. Catch rising producer Re.You at one of three Off-Week parties he’s playing at plus Marc Houle plus Secretsundaze and Snowbombing parties.

Richie Hawtin debuts his brand new show at Sónar by Night, staying constantly dedicated to innovative ideas in music and technology. Having released “From My Mind To Yours” in late 2015, and contributed once again to BBC Radio 1’s Essential Mix series, the pioneering artist  continues to innovate. Just this month, in collaboration with British product developer Andy Rigby-Jones, Hawtin has unveiled the PLAYdifferently Model 1 mixer, the brand’s debut product, which offers a new level of uncompromising quality and intuitive functionality.

Described by John Peel as “the Baron of Techno”, Dave Clarke has long hosted his White Noise radio show and just released a record “Charcoal Eyes: A selection of remixes from Amsterdam”, a testament to his diverse musical preferences. For Off Week, he will perform at the RAAR Records showcase in the infamous Razzmatazz club complex as part of the “This is Hardcore” party night. As partygoers get to experience five clubs for one ticket, Clarke is set to play in the venue’s techno club – The Loft.

Fresh from the Ibiza debut of his dubfire:liveHYBRID project at the International Live Summit, Dubfire returns to DJing with two sets lined up for Off Week. Beginning with the mid-week festivities, Dubfire will shake up the world famous club Pacha on Wednesday with his underground sound and finally inaugurating the weekend parties with a Friday night set at the former theatre venue City Hall.

Berlin-based producer Re.You is a name on the rise, with a busy year of releases planned, including the forthcoming “They Vibed ft. Lazarusman” on Connected, in addition to launching his own label, named after the party series “YOUNION” that sees him invite some of his favorite artists to perform alongside him. Catch him at one of the Off-Week parties on Thursday or at Mobilee’s Rooftop Party on Saturday.

Canadian producer Marc Houle is a true techno veteran. His productions on Hawtin’s Minus and his own label Items & Things defined the minimal sound of the mid 2000’s. Most recently he contributed his own spin on a Claude VonStroke classic on the remix compilation “Who’s Afraid of Detroit Remixes”, which will be released just before his gigs in Barcelona. Opportunities to experience his impressive live sets are at the FMLY party at Culture Club on Thursday and the Fact Music Pool Series on Sunday.
Listen here https://soundcloud.com/marchoule

Secretsundaze (Giles Smith & James Priestley) return to Barcelona for two events, with a party at the never before used open air venue Parc Del Forum Beach and another at La Terrrazza’s open air terrace. The duo’s parties continue to dominate the UK club scene (this year celebrating their 15th anniversary) and their annual Off Week parties are always one of the highlights of the season. This year, Secretsundaze bring some of the best party guests to town, including Marcellus Pittman, Leon Vynehall, Hunee, Palms Trax, Ryan Elliott and Shanti Celeste to name just a few. And of course it wouldn’t be a Secretsundaze without a set from the founders themselves.

An off-week debut for Snowbombing festival, and one not to be missed. Swapping the slopes for the sun this June at one of Barcelona’s finest rooftop venues, the world’s number 1 festival on snow will be throwing one of the hottest parties of the summer alongside festival favourite’s, James Zabiela, Ben Pearce b2b Citizenn, Fur Coat, Sasse and Marc Roberts.