Posted by Nikki on June 4, 2019 in: Eurosonic Noorderslag , Festivals 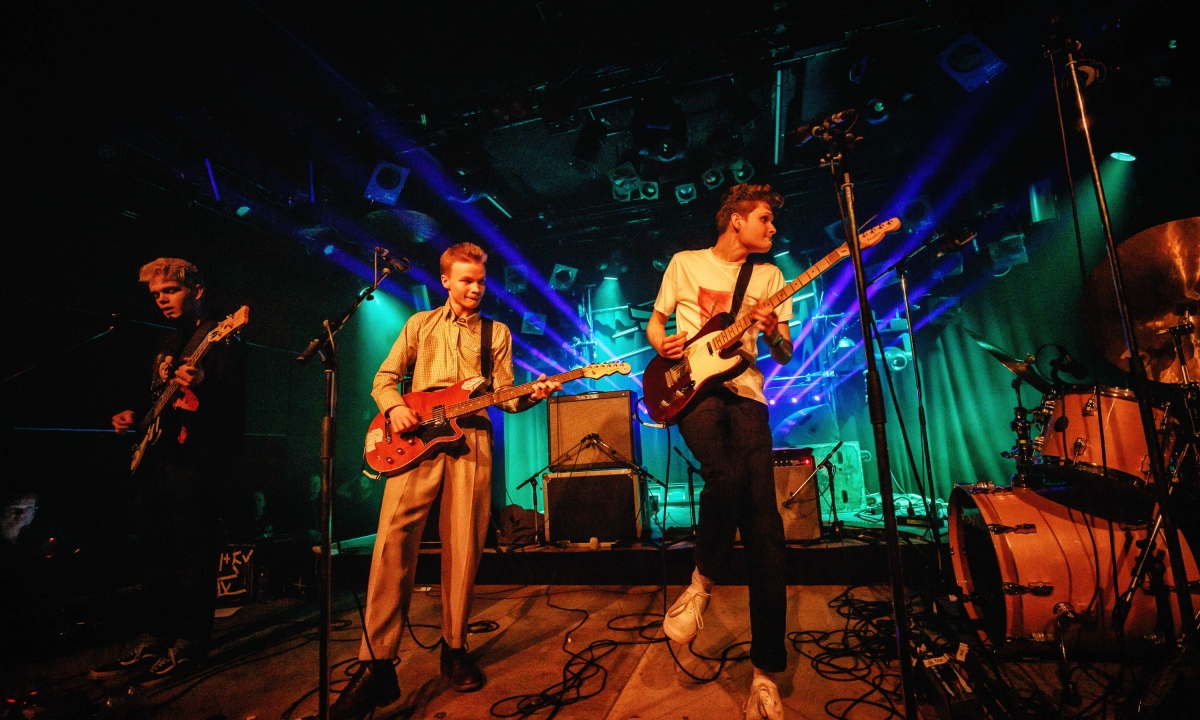 37 new confirmations over the last month, causing some major shifts in the ETEP Artist Chart.

Black Midi and Flohio are respectively in second and third position, both have been there since February. Black Midi have just announced that their new album “Schlagenheim” will be released on the 21st of June, with the band touring through Canada, Europe, Japan and the US in the autumn. Truly a band taking European music outside Europe and successfully breaking borders.

Since her show at ESNS, Flohio has been touring the world. She has played in Australia, Canada, Mexico and the US already this year, and will be visiting ETEP festivals in eight European countries over the summer.

Changes in the ETEP Artist Chart
A total of 37 ETEP shows have been confirmed over the last month, causing some major shifts in the ETEP Top 10. The top three bands remain unchanged, but these are the only acts to remain in the same position. Mavi Phoenix and Elderbrook have both fought their way up, coming from 9th and 10th position respectively, to take over the 4th and 6th places. As a result, The Murder Capital and Octavian have dropped two spots in the artist chart. Penelope Isles and SEA GIRLS both enter the chart with six shows, which means that we have to say goodbye to girl in red and Whispering Sons.

A full overview of ETEP acts and their shows can be found here.

Want to discover these breakthrough acts? You can catch them live at an ETEP festival near you. Next up: NorthSide Festival (dk), Orange Blossom Special (de), Rock Am Ring (de), Pinkpop (nl), Release Athens (gr), Greenfield Festival (ch), Nova Rock (at) and Maifeld Derby Mannheim (de).

ETEP Festival Chart
Aiming to promote European music across the world, ETEP supports the booking of emerging European talent at 129 festivals in 37 countries, alongside working closely together with these festivals throughout the year.

Why ETEP?
“As proven by ETEP’s success, support-programs can work for the benefit of all involved parties – and without too much bureaucratic effort.” ETEP interviewed Rembert Stiewe, Head of Orange Blossom Special, about engagement, bureaucracy and policies. Read it here: https://esns.nl/etep-qa-rembert-stiewe/

About ETEP
The European Talent Exchange Programme (ETEP) was introduced in 2003 to stimulate the exchange of European artists across Europe, and would not be possible without the funding of the support programmes for culture by the European Union. ETEP has been one of the very first programmes to support popular music on a European level. Currently ETEP receives funding by the sub-programme “Culture” as part of Creative Europe. To find out more about Creative Europe, please check https://ec.europa.eu/programmes/creative-europe/node_en

An initiative of ESNS, ETEP facilitates the bookings of European acts on European & international festivals outside their home countries and generates extensive media exposure for these artists in cooperation with the European Broadcasting Union (EBU) public radio stations, as well as national and international media. Additionally, ETEP actively cooperates with 16 music export offices. This way, ETEP aims to give a boost to the international careers of European artists and highlights the participating ETEP festivals. Since the start of the programme ETEP has facilitated 4.308 shows by 1.580 acts in 37 countries, and we are very proud to have contributed to the careers of so many talented European acts. Many acts that received support from ETEP at the start of their careers have grown out to be very successful. Over the past 17 years, acts such as Agnes Obel, Ásgeir, Ben Howard, Benjamin Clementine, Calvin Harris, Franz Ferdinand, James Blake, MØ, Noisia, Selah Sue, The Editors, The Kooks, The XX, Within Temptation and Years & Years have greatly benefited from the support of the ETEP programme. More recently, acts such as Idles, Shame, Alma, Aurora and Dua Lipa played some of their first international shows with the support of the European Talent Exchange Programme.